Are the Gay Couple Billy Gilman and Christopher Meyer Still Together? Are They Married? Details About Their Relationship! 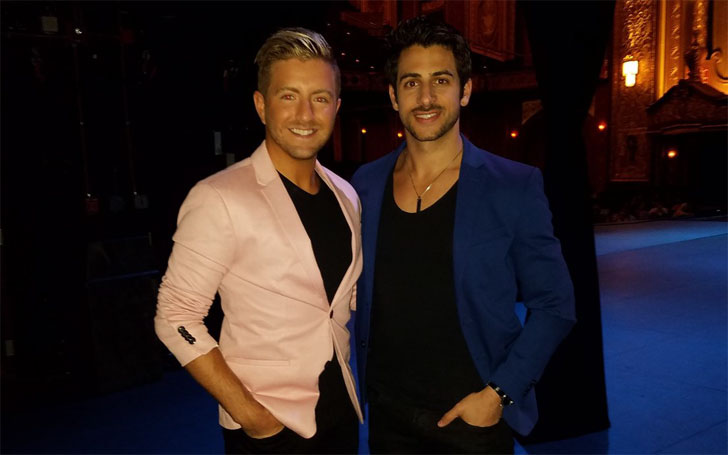 A big fan of The Voice? Well, if you are a fan, then you must remember Billy Gilman who was one of the fan-favorite contestants on The Voice in 2016. Gilman who has impressed the judges and fans with his singing skill is an openly gay.

Billy Gilman who has scored millions of fans after The Voice started out as a singer at a young age. From a young emerging country artist to an international record singer with three albums, the journey hasn't been easy for him.

Now that Billy Gilman has a huge number of followers, there are fans curious to know more about his personal life than professional. And for all those fans, Gilman is in a relationship with Christopher Meyer since 2014. Are they married? How is their relationship going? We have some exclusive details about Billy Gilman's love life here.

Twenty-nine years old star Billy Gilman who rose to fame after his outstanding performance in The Voice is dating Christopher Meyer. According to some online sources,  Billy Gilman started dating his man Christopher Meyer in 2014, and since then the adorable couple is together. However, they are not married, and they have not hinted about their marriage yet.

Gilman once talked about his boyfriend Meyer in an interview with Out and About Nashville saying:

I was in my twenties before I really started to soul-search and get to know more about me. Then when I met my boyfriend Chris [Meyer] I thought, ‘This is it,’ and that’s when I really got that love is love ... I have a fantastic family.

My parents never missed a beat. When I met my boyfriend, I fell into such a wonderful extended family, they all just let us be us!

When Billy Gilman Confessed He Was Black-Mailed

The Voice star once confessed in a Youtube video that he was blackmailed due to his sexuality. So he decided to come open about his sexual orientation and confirmed being gay in 2014.

He took to Youtube to express his sexual orientation to his fans on a video titled My Story by Billy Gilman on 20 November 2014. In the official statement, Gilman expressed that he was worried his confession might affect his career. He explained:

I love the industry but many know being a gay male country artist is not the best thing.

He then wrapped the video thanking his all fans of their support in his bad times.