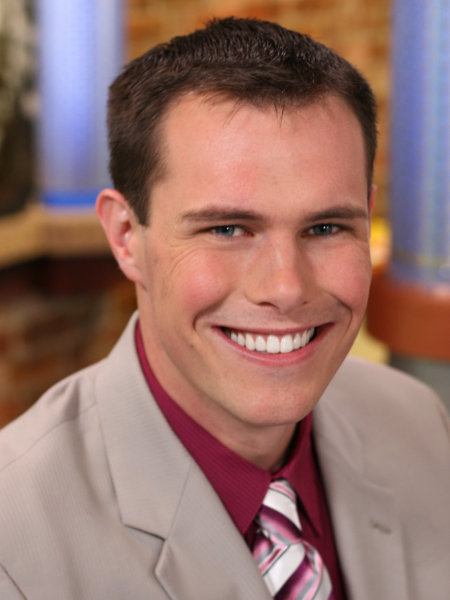 Garrett Tenney is an American journalist and reporter who, since 2011, has worked as a FOX News correspondent based in the Washington, D.C. bureau.

Garrett Tenney spent most of his childhood moving. By the time he graduated high school, Tenney had lived in seven different states and relocated more than ten times.

He studied at Brigham Young University (BYU) in Provo, Utah, where he became a volunteer missionary to Kenya for two years, spreading the teachings of the university's affiliate church, The Church of Jesus Christ of Latter-day Saints.

Upon his return to the states, Tunney completed his studies in 2010 and was awarded a Bachelor in Arts degree in Broadcast Journalism from BYU.

Garrett Tenney started his journalism career in 2003 when he worked as the anchor/producer of T/E TV in Berwyn, Pennsylvania.

After 9 months with the station, Tenney interned at Comcast for three months from April to June 2004, where he became a sportscaster for NBC Sports Philadelphia (formerly, Comcast SportsNet).

He spent spells interning at various CBS affiliates, including KSL Sports from April to June 2009 and the Las Vegas, Nevada-commissioned KSNV-TV from July to August 2009.

During his time at Brigham Young University, Tenney joined the university's broadcast station, BYU Broadcasting, in April 2008 and became the head of the production crew. He worked behind the scenes on the hardware and sound equipment as well as the production of various programs for the channel.

Besides his work behind the scenes, Tenney continued to work as the reporter, anchor, and producer at BYU Broadcasting's newscast, KBYU ElevenNEWS, where, as part of his duty, he co-hosted a daily half-hour newscast, as well as shot and self-produced stories for the program. 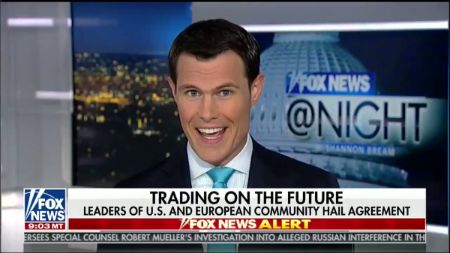 He interned for five months from April to August 2010 at FOX News' New York Bureau. He landed a full-time gig working for FOX News as part of its Ailes Junior Reporters Program. He started working for the network in January 2011 and was based in Jackson, Mississippi.

Promoted to a FOX News

During his time as a junior reporter, Tenney reported on many national and international incidents like the oil spill in the Gulf of Mexico in 2010 (known colloquially as the Deepwater Horizon oil spill) and the flooding of the Mississippi River in 2011.

In March 2013, Tenney was promoted to a FOX News correspondent based out FOX's midwest bureau in Chicago, Illinois. Since September 2015, Tenney has been a national reporter for FOX, reporting out of the Washington, D.C. bureau.

Father of a Son with Wife Jamisyn Tenney

Garrett Tenney has been married on August 9, 2014, to his wife Jamisyn Tenney. Their wedding was held at the Temples of The Church of Jesus Christ of Latter-day Saints in Salt Lake City. 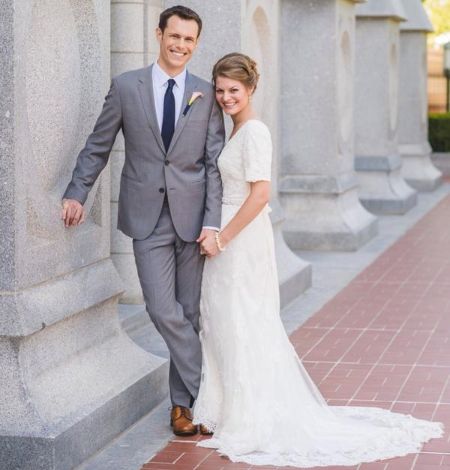 Garrett Tenney and his wife on their wedding day SOURCE: Twitter

On December 29, 2017, Tenney announced the birth of his first child with his wife; a son named Dallas Tenney.