Frontman Of Panic! at the Disco, Brendon Urie's Career As A Member Of The Band And Solo Career 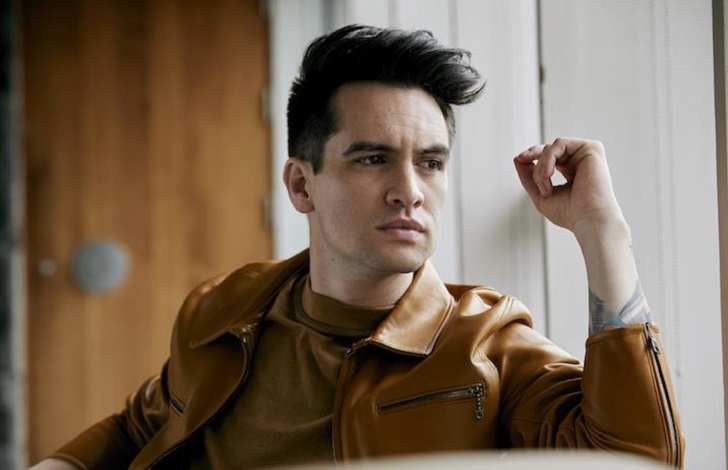 Panic! at the Disco is all set to release their sixth studio album, Pray for the Wicked. The album is scheduled to release on June 22, 2018. When we talk about the band, the frontman Brendon Urie's name is the first thing that comes up in our mind.

Urie is the only original member left in the rock band. Today lets break all the details about Urie's career hight lights and other ventures here.

Musician Brendon Urie's Career Highlights On Panic! at the Disco

Panic! at the Disco is going to release their sixth studio album, Pray for the Wicked on June 22, 2018. Recently, the band released two singles, Say Amen (Saturday Night) and (Fuck A) Silver Lining of the album.

The band is also scheduled to start a promotional tour, Pray for the Wicked Tour from July 11, 2018, in different parts of United States, Canada, and England alongside guitarist Kenneth Harris, drummer Dan Pawlovich, and bassist Nicole Row.

Panic! at the Disco released their first studio album, A Fever You Can't Sweat Out in 2005. The album was a commercial success and critically praised.  One of its single I Write Sins Not Tragedies become top 10 hit in the United States.

But It's Better If You Do, Build God, Then We'll Talk and Lying Is the Most Fun a Girl Can Have Without Taking Her Clothes Off are some other singles included on the album. Urie alongside his band performed at Nintendo Fusion Tour for the promotion of their album.

The band released its second album Pretty. Odd. on 25 March 2008. The single Nine in the Afternoon from the album was certified platinum. The album itself was certified gold in 2016 selling over 422,000 copies. He even wrote two songs I Have Friends in Holy Spaces and Folkin' Around in the album. Some of the other singles on the album are Mad as Rabbits, She's a Handsome Woman, Northern Downpour and much more.

Their third album,  Vices & Virtues was released in March 2011. The lead single of the album, The Ballad of Mona Lisa ranked number seven on the Billboard 200.  Nearly Witches (Ever Since We Met...), Ready to Go (Get Me Out of My Mind) and Let's Kill Tonight are some of the singles included on the album.

Panic! at the Disco eventually released their fourth album, Too Weird to Live, Too Rare to Die! on 8th October 2013. The album also reached No. 2 on the Billboard 200. This Is Gospel, "Girls / Girls / Boys, The End of All Things, Miss Jackson featuring Lolo were some of the hit singles of the album.

Following the success of their fourth album, Death of a Bachelor, their fifth studio album, was released on 15 January 2016. Selling over 190,000 copies, the album also debuted at number one on the US Billboard 200 becoming their first number one album of the band. It was certified platinum.

Some of the tracks of the album are Victorious, Don't Threaten Me with a Good Time, Impossible Year, LA Devotee and others.

Besides Panic! at the Disco, the singer has also been involved in several other ventures. Urie was featured on the single of the rock band The Cab's One Of Those Nights alongside Patrick Stump, Fall Out Boy's singles What a Catch, Donnie, 20 Dollar Nose Bleed, and 7 Minutes In Heaven, Travie McCoy's single Keep On Keeping On, Every Time I Die's It Remembers and much more.

He featured on Fall Out Boy's three music videos, A Little Less Sixteen Candles, a Little More "Touch Me", What A Catch, Donnie and Headfirst Slide into Cooperstown on a Bad Bet. Also, he appeared in Gym Class Heroes' music video, Clothes Off!! and Butch Walker's music video, Pretty Melody.

He also participated in the global marketing campaign for The Coca-Cola Company, Open Happiness in 2009. Furthermore, he portrayed the role, Charlie Price in the Tony Award-winning Broadway musical, Kinky Boots in 2017.

Furthermore, Urie became one of the Hottest Stars Under 25 by Spin.com in 2006 and in 2007 he was named #6 on Musics Sexiest Single Men according to AOL Music.