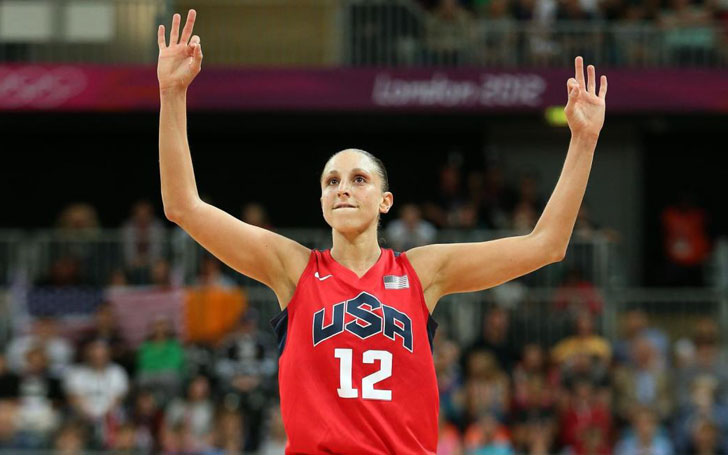 Renowned American Basketball player for the Phoenix Mercury, Diana Taurasi isn't actually a fan of getting media attention. She always kept her personal life, away from the public. However, recently the WNBAstar opened up about her relationship.

The 34 years old WNBA star Diana Taurasi revealed that she is married to her former teammate, 36 years old Penny Taylor who is currently the team’s director of player development. Curious about Diana and Taylor's relationship? We've got the details for you!

Taurasi was clad in a white suit whereas her partner looked gorgeous in a beautiful white gown with sweetheart neckline on 13th May 2017 as they both said 'I Do'. The Basketball duo is now officially married.  Recently, Taurasi shared one of her wedding pictures on her Instagram post.

Talking to People about the marriage, Taurasi said:

“It was the most amazing and beautiful day of our lives,”

“To be able to share our love with family and close friends meant the world to us.”

Less than 24 hours after the ceremony, Taurasi had to get back to the court against Dallas Wing which they lost with 66-68. “Just an amazing day, one of the happiest days we’ve ever had,”  four times Olympic gold medalist Taurasi shared her happiness with the Arizona Republic on Saturday,

“It would have been nice to follow it up with a win, but we’re just really happy. It was one of the times where all our families were together, all the people we love and care for in the city that we met and evolved as teammates and wives now. It’s been pretty cool.”

" everything we hoped it would be.We had all our favorite people in the world from all over the world there."“It was the perfect timing and real celebration of everything we’ve been through and how we’ve been professionals and supportive of each other through some really tough years and challenging careers.”

Before Taylor's retirement, the couple together had won WMBA championship, not once but thrice!.

The newly wed couple had kept their love life low profiled before marriage. However, the players made news a lot with their professional career. Also, because Taylor was previously married to a man, dating rumors between her and Taurasi didn't have much material for a fire!

Taylor was previously married to Rodrigo Rodriguez-Gil, a Brazilian volleyball player so people were not sure of her being lesbian.But after her divorce she was spotted with Taurasi several times, the rumor of their dating started.But none of it was officially confirmed.

It came as quite a shock when these two got married. It was obviously a pleasant surprise! We hope this amazing couple stays together!