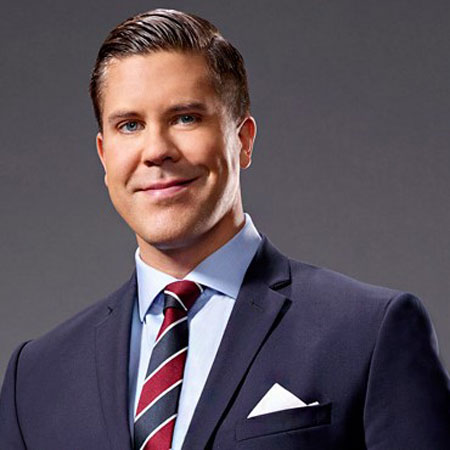 Fredrik Eklund is a Swedish New York City based real estate broker, known for his appearance as a Bravo TV reality star, a former IT entrepreneur in his native, Sweden.

Fredrik Eklund was born on 26 April 1977 in Stockholm, Sweden. Eklund is the brother of author Sigge Eklund and the son of Klas Eklund, a senior economist at Swedish bank SEB.

Fredrik's paternal grandparents, Bengt Eklund and Fylgia, were Swedish-Danish-Irish-Russian actors.  He is Caucasian in ethnicity and holds an American nationality.

Eklund had his first American experience as a foreign exchange student in Edina, Minnesota, where he joined Edina High School. After completing his high school, Eklund studied at the Stockholm School of Economics, but he did not graduate.

Eklund has also worked for the financial newspaper Finanstidningen. At his age of twenty-three, he founded an Internet Company with over forty-five employees, later went on to work for the investment bank SEB in Stockholm, London, Tokyo, Singapore, before starting his work in New York City.

Fredrik has close over five billion dollars in the residential estate. He became Managing Director at the New York City real estate firm, CORE Group Marketing in 2010, alongside his business partner John Gomes.

Eklund is the founder of Eklund Stockholm NewYork, Scandinavia's most high-end residential real estate brokerage with 50 employees and $ 1 billion in closed sales in 2014.

In 2008, Fredrik sold an apartment to Cameron Diaz, the next year, he sold to John Legend, and in 2010 to Daniel Craig.

In 2004, before his arrival in New York City, Eklund acted in a number of adult films under the pseudonym Tag Eriksson.

It was only a week of my life, accumulated. It was spread out over a few month, so it was a very short period of my life. It was something that I tried and quickly decided that I was done with.

Fredrik went on to say in the interview that he is proud of who he is, that he does not regret anything, and that his past involvement in the adult film industry has not negatively harmed his career.

Fredrik is a married man. He is married to his longtime girlfriend Derek Kaplan, an artist. The couple got married on 9 Feb 2013, on Little Palm Island in the Florida Keys. The couple stayed in New York with their dogs Mouse and Fritzy till 2016.

Later, Eklund and his wife moved to Roxbury, Connecticut in a luxury mansion. The couple attempted to have a child through surrogacy, but biological mother suffered a miscarriage.

Fredrik Eklund earns a decent amount of money from as a real estate and novelist. His total net worth is estimated to be $30 million.