Why Cameron Diaz Waited 41 Years to get Married?Know the Reason she left Hollywood 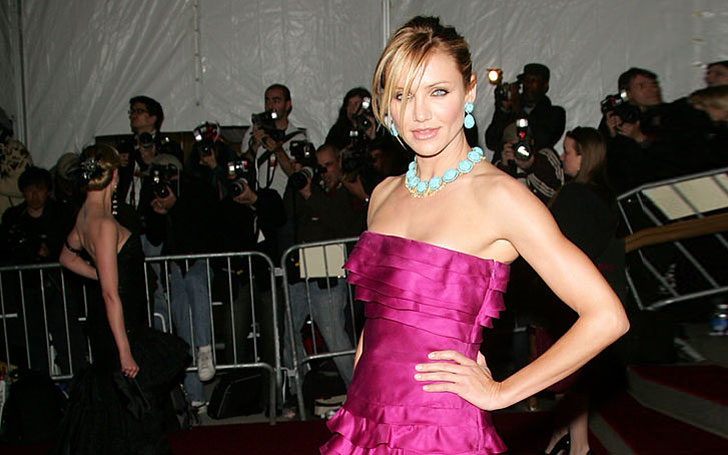 Cameroon Diaz and Hollywood are similar each other. She spent two decades in Hollywood and become one of the popular and richest actresses in the Hollywood.

However, her fans haven’t seen her since 2015 and recently came out breaking millions heart saying she quit Hollywood. It’s quite shocking and surprising! Here, we have come up with her Hollywood leaving reason plus secret about her older age married, Keep on reading.

Why Cameroon Diaz Waited Until 41 To Get Married?

The popular actress/comedian Cameroon Diaz left her two decades long career in 2015. She got married to musician Benji Madden in January 2015. She recently talked with Paltrow magazine and revealed why she got married later.

I think it’s a matter of I just hadn’t met my husband, you know? I had boyfriends before. And there’s a really, really distinct difference between husbands and boyfriends.

And I have a husband who is just my partner in life and in everything. Talk about two very different people! We are so different from one another, but we share the same values — we’re totally two peas in a pod. We are both just weird enough for each other.

The couple married in their living room and they had an intimate wedding ceremony. And had a little party in their backyard on the tennis court among close friends and family. They kept secret their wedding for few months from the media.

Diaz added that her husband is the same kind of person whom she’s been searching for many years and thought they are made for each other. Diaz had colorful romance history with several Hollywood stars in the past.

Cameroon Diaz’s taking a break from Hollywood was a conscious decision. Diaz last appeared in the 2014 musical Annie, alongside Rose Byrne, Bobby Cannavale, Jamie Foxx and Quvenzhane Wallis. She was one of the highest paid actresses in the Hollywood who left the Hollywood.

According to the source, two decades of non-stop travel from the film set to film set was too much for her. On June 9, in the Goop Wellness Summit, she told

I just went, 'I can't really say who I am to myself.' Which is a hard thing to face up to, I felt the need to make myself whole.

She seems to enjoy in her married life and give herself a quality personal time.

She is also a trained Yoga teacher who is famous for doing yoga practice in bikinis. Despite being 42, she has a maintained figure with exercises and Yoga Practices.

This actress’ personal life is as much as eventful as her professional life. She dated several guys from the Hollywood. From 1990-1995, she dated producer Carlos De La Torre.

After separating, she started dating her There’s Something About Mary co-star Matt Dillon. The couple separated in 1998. Then she had an affair with actor Jared Leto from 1999-2003.

For more news like this, keep coming back to Article Bio.