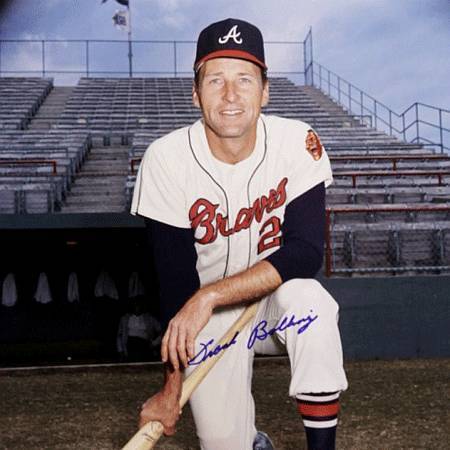 Frank Elmore Bolling was born November 16, 1931 in Mobile, Alabama where he spent most of his childhood days playing baseball with his elder brother Milt Bolling. Milt Bolling was a shortstop in Major League Baseball who played for Boston Red Sox, Washington Senators, and Detroit Tigers.

In 1957, Bolling showed the world what he was capable of by scoring a career high 15 and later also averaging 14 home runs from 1957 to 1959. He came into the limelight in 1958 when he won the Gold Gove Award after leading the American League second basemen in fielding percentage and earning 164 hits, 27doubles, 75 runs and RBIs. Then in the same season, his brother Milt was traded to Detroit. Thus the Bolling brothers became one of only four brother amalgamations in major league history to play second base / shortstop on the same club. The other three being; Garvin and Granny Hamner , Eddie and Johnny O'Brien and Cal and Billy Ripken .The brothers played really well on the field together.

But later in 1961, Frank was traded to Milwaukee Braves of the major league baseball in exchange for Bill Bruton. Frank played equally well with the Braves and led the National League second basemen in fielding in the years 1961, 1962 and 1964 as well. Frank went on to make it to the National League All-Star team in 1961 and 1962. However, he only played the position of a second baseman. He never played an inning at any other position ending with a career fielding mark of .982. When the Milwaukee Braves moved to Atlanta Braves in 1966, Frank was also on the Braves roster. Bolling made his last MLB appearance on September 15, 1966 for the now Atlanta Braves. Throughout his 12 season baseball career, Frank played a total of 1540 games, hit .254 with 106 home runs and 556 runs batted in (RBIs).

Not much about Franks personal life is focused by the media because he was too focused on his career throughout his life. However, it is known that he is a married man and has children. But none of his children have taken up his path of becoming a baseball player.

Frank is currently 83 years old and has been recognized many times for his contribution to baseball including a Gold Glove Award, four times All-Star and also being named on The Sporting News NL All-Star Team in the year 1961. Frank is a highly respected former baseball player who has motivated many young second basemen.