Forty Plus Actress Brooke Burke Dazzles in a Bikini Look in France, Details on her Relationship History, Husbands and Married Life

The stunning American dancer and model Brooke Burke looked glamorous on her simple black and white two-piece during her family vacation in Saint-Tropez, France recently.

The mother of four grabbed all the attention as she showed off her and fit physique in the white striped bikini. We have the photos and details on Brooke Burke's personal life right here.

The American former dancing star and actress Brooke Burke has crossed her forties but she still looks absolutely fit as any other younger celebrities.

Brooke usually loves to travel with her family whenever she has some leisure time. She recently took the family to France for a vacation. 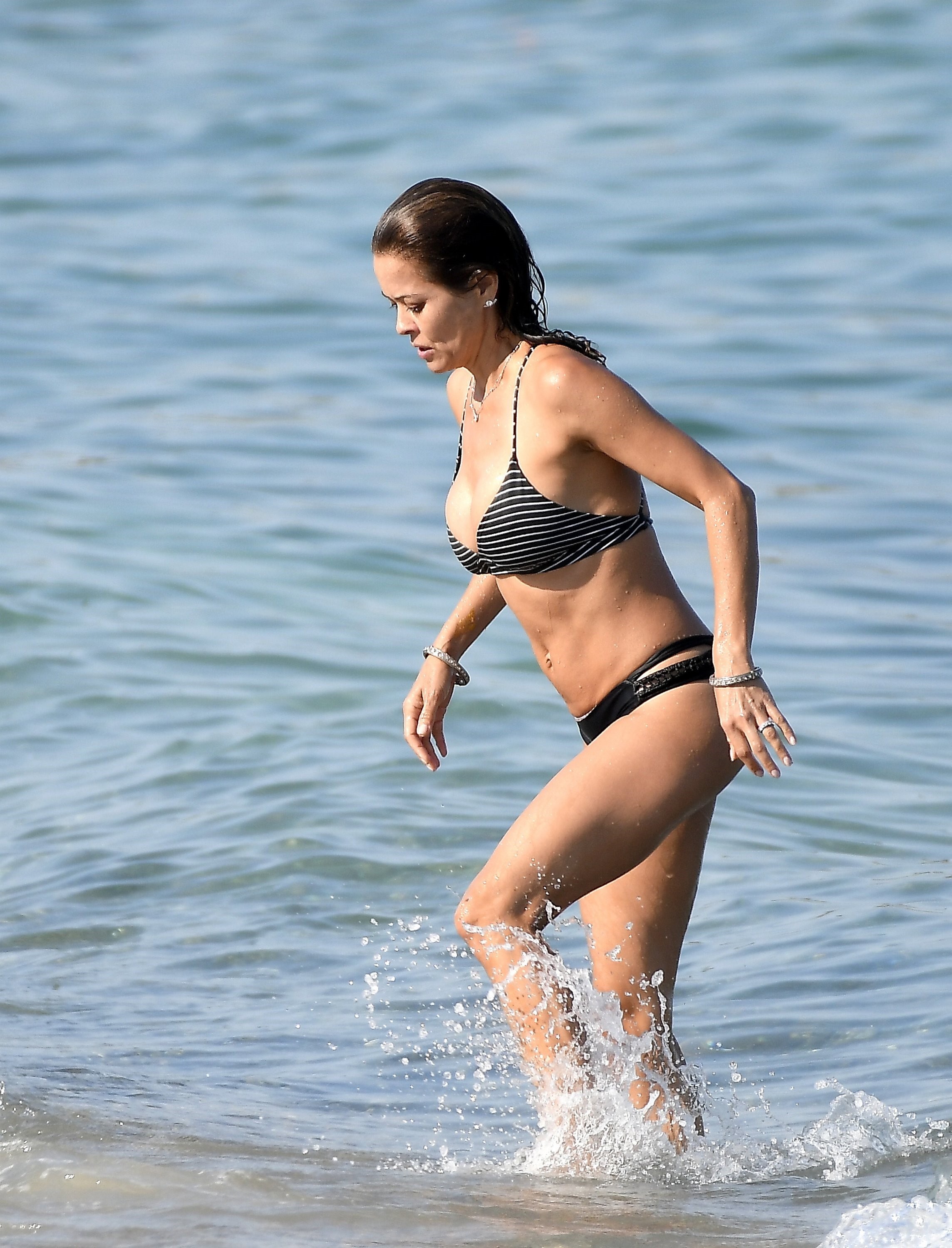 Brooke Burke-Charvet during her vacation in Saint-Tropez

She reached there with her current husband David Charvet and their son.  During the weekend Brooke took a dip in the ocean in the Saint Tropez. Brooke looked toned in a white striped black two-piece accessorized with silver bracelets and her wedding band.

The Dead Scared actress enjoyed her day out with her husband and 9-year-old son Shaya. Brooke also shared moments she spent in pictures with her fans on her Instagram.

Actress and model Brooke is currently living a happy married life with her husband David Charvet. As we know, the couple has been together for over ten years and they are married for around six years. Brooke dated Charvet for ten years before getting married in 2006.

Brooke and David welcomed two children together before their marriage. They had their first daughter Heaven together in 2007 and a year later, they gave birth to a son Shaya.

Later, on August 12, 2011, Brooke and Charvet got married and started living as husband and wife. However, in 2012, the lovebirds faced a critical condition after Brooke was diagnosed with thyroid cancer. Afterward, she underwent surgery and in December 2012, she announced all her cancer has been removed.

Upon talking about her other relationships, she was married to a plastic surgeon Garth Fisher before she met David. She also had two daughters from her relationship with Fisher, prior to her divorce with him in 2005. Besides these relationships, Brooke was also linked with some other men too.  As per sources, the men she Brooke allegedly dated Jerry Buss, Dana Gold, and Shawn Ray. A source has cited that Brooke dated the American bodybuilder Ray for about four years from 1988 to 1992.

Well, guess you have to kiss many frogs before finding your prince charming. We are happy for Brooke Burke and her current husband David Charvet.