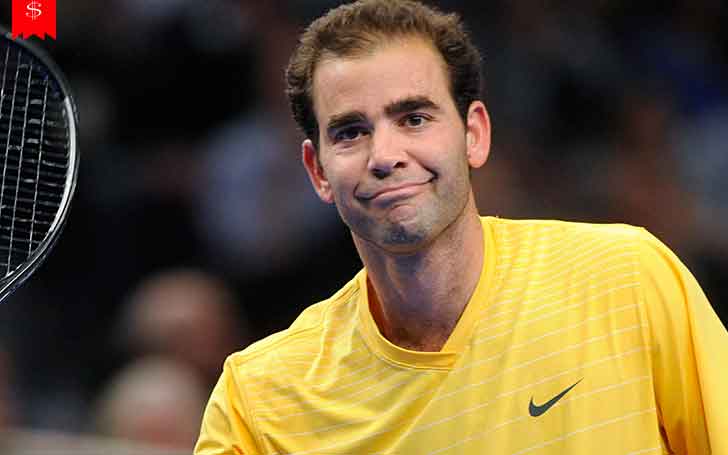 Pete Sampras, also known as "Pistol Pete" for his unusual and unique style of play which helped him remain a champion for a very long time, is synonymous with glory. The 14 times grand slam winner reached staggering heights in his professional career turning him into a living legend of the game.

Sampras is living a luxurious life with his wife and two children. Let's have a look at the overview of this former Tennis superstar's net worth and wealth, including details of his career and achievements.

How Much Is Pete Sampras' Net Worth? What Are His Sources Of Income?

Pete Sampras has an estimated net worth of $150 million. He has made most of his earnings from his remarkable career as a professional Tennis player. 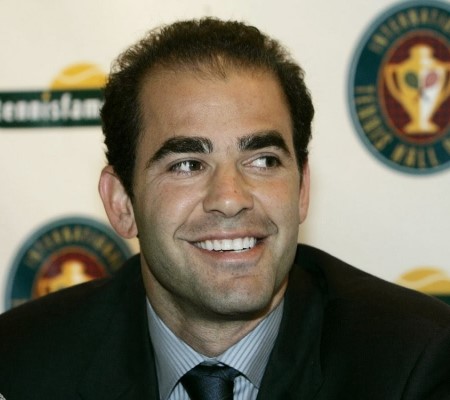 CAPTION: Pete Sampras has an estimated net worth of $150 million SOURCE: Famous People

Sampras owns a mansion in the Lake Sherwood area of Ventura County, California where he currently resides. You can have a look at his house below.

Moreover, he is a fan of Porsche including many other expensive cars. His collections include Porsche 918, Porsche 918 Spyder, Mercedes s Class, and Range Rover Vogue. You can watch all his cars below:

Meanwhile, the former Tennis star purchased his first house along with his wife in 2009 in California. The price was reported to be $5.9 million. The house was later upgraded and sold for $7.25 million in 2017.

As for the earnings from his professional career, Sampras has amassed a total amount of $43,280,489 in just the prize winnings. Among the tennis legends, Pete is second with the highest net worth. He sits just behind former rival Andre Agassi.

Pete also does a lot of charity work. He is a member of Aces for Charity, the American Cancer Awareness Society, and a benefactor of Vitas Gerulaitis Youth Foundation and Kids’ Stuff Foundation.

Pete Sampras’ talent was evident by the year 1987 when he got selected to play on the United States Junior Davis Cup team. Later in the same year, he defeated top-seeded Michael Chang at the U.S. Open Junior Championships. 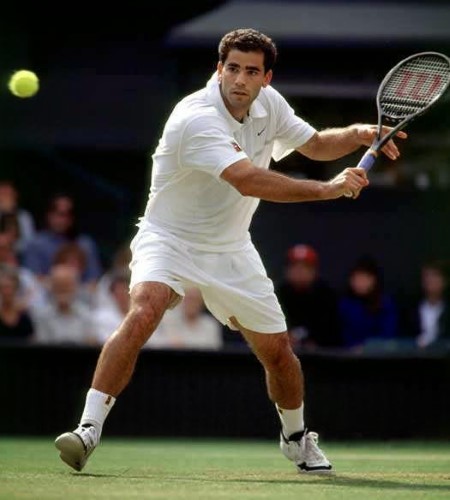 Sampras subsequently turned pro and joined the ATP Tour in 1988. He ended the year in the top 100. His first taste of success arrived in 1990 when he won the U.S. Open. The teenager defeated legendary players such as Ivan Lendl and John McEnroe on course to becoming the youngest ever U.S. Open Champion.

The final of the tournament was against his longtime rival from the junior circuit, Andre Agassi. However, Agassi didn’t put much of a fight as he was beaten in straight sets.

Pete had a hard time living up to expectation after tasting success so early. It took him three years to win something again, which arrived at Wimbledon in 1993 defeating his friend Jim Courier. The same year, he won the U.S. Open for the second time before winning his first Australian Open.

Sampras went on to dominate the sport throughout the 90s. Remarkably, he was named ATP Player of the Year six straight years from 1993 to 1998. By 2000, he surpassed Roy Emerson as the sports’ most successful player with his 13th major title.

Pete's 14th title arrived in 2002 following a dramatic final at the U.S. Open against longtime foe Agassi. The final was the last official tennis match of Pete's career. It also made him the oldest winner of an Open Championship at age 31. The Tennis legend was inducted into the International Tennis Hall of Fame in 2007.