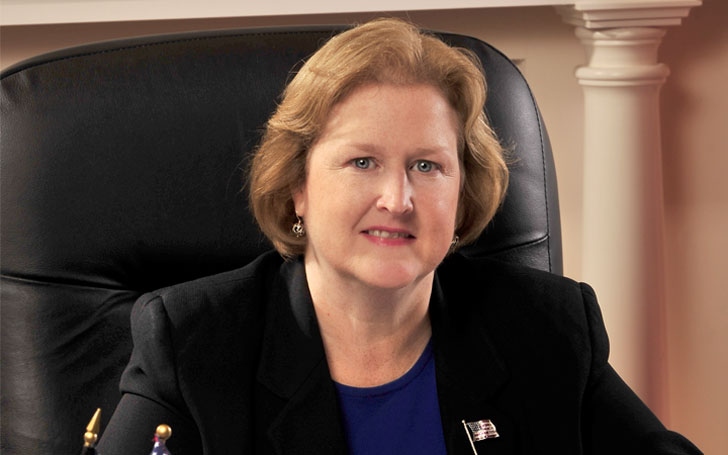 What was her family issue which led her to resign from her job? Is she married? Who is her husband? We have all exclusive details here.

Miss Chapman left her Secretary position in 2013 after the death of her husband James Chapman. He died in 2011 due to acute respiratory distress syndrome.

When resigning from her job she said she was leaving the job to spend more time with her family!

Yes, I know others have said it and we sometimes question if that's really the reason someone steps away from public office but in my case, and I suspect more cases than not, it's the truth

Chapman also said that she would work for a private company, where she would attend to government and public relations consulting. But she didn’t reveal particulars about the company she would join, she only said she had a job offer from the Private company.

Chapman’s husband died in 2011 shortly after her re-election to a second four-year term, leaving her with two teenage sons to raise alone.

My world turned upside down at age 50 with the death of my husband. It is one thing to hold a public office when you are one of two parents raising sons. It's a completely different thing when you are suddenly one parent responsible for both. It makes you reprioritize

Chapman is out of the media these days and she has not made any public appearances. Currently, she lives in Shelby homes with her two young sons.

Miss Chapman is a member of the Republican Party in U.S.A., current president Donald Trump hails from the same party. She served as States’ 51st Secretary of State from 2007 to 2013. Chapman began her political career from 1995  working as a secretary of Cabinet of Governor Fob James.

In 2000, she was the delegated pledged to former POTUS George W Bush at 2000 presidential election campaign. From 2003-07, she served as the State Auditor of the Alabama State.

In 2006, she won the Alabama’s state Secretary Election, defeating Democratic candidate Nancy Worley. In 2010, she was elected once again and served until resigning.

For more updates on this topic and fresh celebrity gossip, Keep coming back to Article Bio.