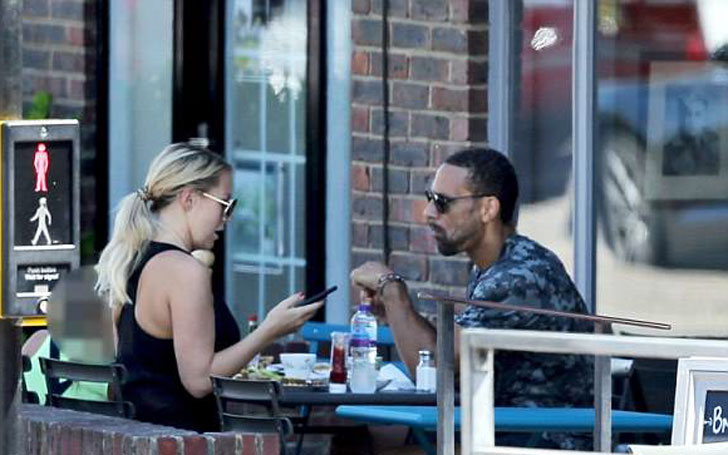 After a dark night comes a bright new day, and likewise famous English footballer Rio Ferdinand who was reportedly depressed and helpless after his wife Rebecca Ellison's uncertain death due to breast cancer is finally starting his normal life as he is in a relationship with Kate Wright.

Ferdinand wife's Rebecca's death made the footballer's life hard; he had the added responsibility of three children.But, looks like he is feeling all revived now that he has found a partner.

Ferdinand was an energetic and funny person, he often used to prank his Man U teammates for fun.But after the sudden death of his wife in 2015, he reportedly changed into a completely different person; he started drinking and was really sad most of the time.

Despite his grief and loss, he had to stay strong and dedicated for his children(Lorenz, Tate, Tia). As a single dad of three, it seems that he really needed somebody to help him get his normal life back. Ferdinand who made gym his priority saying it frees his mind came across a life changing time when he mingled with Wright Dubai. They reportedly had a great time together. According to The Sun, they enjoyed several nights together and Ferdinand was pictured leaving  Wright's place.

Ferdinand and Wright both refused to talk about their relationship at first but they couple finally confirmed their relationship when they were spotted enjoying their date on July 2017 and were holding each other's hands and roaming. 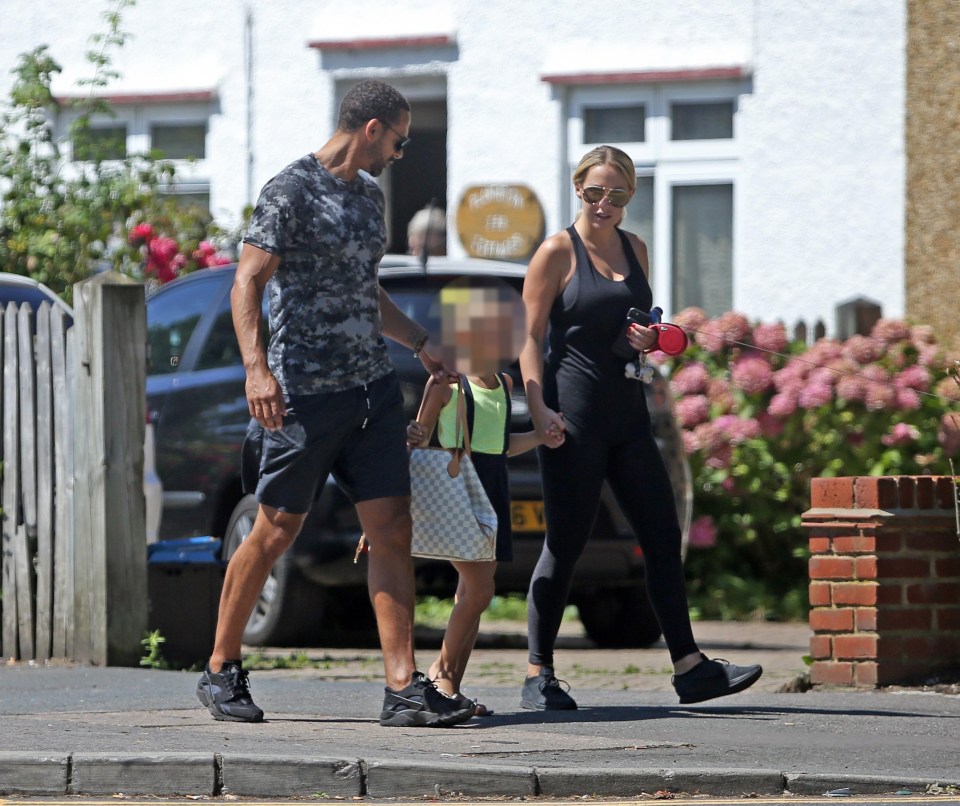 Rio and Kate with daughter Tia

Rio and Kate seemed happy, relaxed, and comfortable with their relationship as they took Tia Ferdinand's youngest daughter for a bite of breakfast at South London. After the breakfast, they took a walk with their dogs together.

Kate is supporting  Rio in his every hard time; after his wife's death than his mother also passed due to cancer, at the age of 58.

Rio and Kate at Lunch

Ferdinand is in his mid 40's and Kate is just 26 but this two are having a wonderful time together looking after each other and kids together.Let;'s see how the things work out for this couple.
Quick Facts