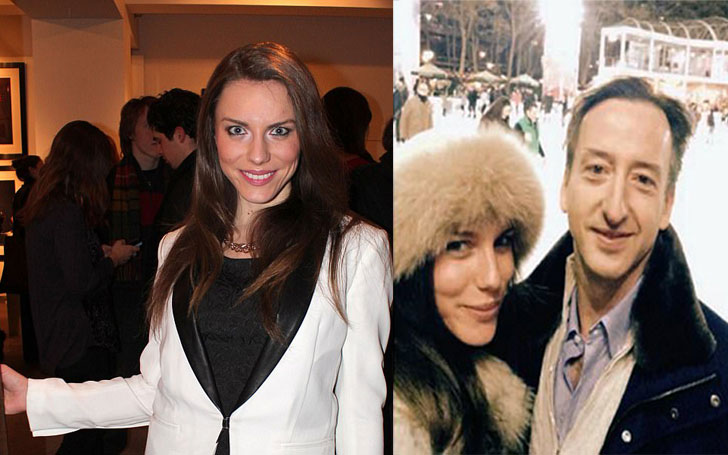 A former beauty contest winner Aline Marie Massel has sued her ex-boyfriend, a Manhattan hedge fund manager for reportedly transmitting her an STD.

The former Miss Germany International, 31, has demanded a whopping $15 million from her ex and Autonomy Capital CEO Robert Charles Gibbins after he allegedly gave her HPV and pressured her to have an abortion. In the lawsuit obtained by New York Post, Massel claims Gibbins, 47, told her he was an unmarried and wooed her with promises to buy her an ostrich farm in Uganda when they first met in 2014. According to the court papers,

He promised to buy a large estate for them in Canada called the Royal Antler... and an ostrich farm Uganda.

She then began dating the CEO, and their relationship lasted for two years, and in the period, Gibbins showered her with gifts, including a Faberge purse, flying to the World Cup in Brazil, and taking her for Japenese massages in Manhattan, she claims in the lawsuit.

Massel writes, she only came to know about Gibbin's married life a few weeks after they got together when she received a text message from his wife- 'You are not the first and will not be the last.'

Even after knowing the truth, Massel stayed with Gibbins after he repeatedly promised her that he would leave his wife, which he didn't though.

Massel has stated in her lawsuit that Gibbins intentionally transmitted her an STD. She says, Gibbins insisted on having sex without a condom. Moreover, her lawsuit states, she contracted HPV during their sexual encounters.

Massel states in her lawsuit,

I felt deceived and upset with [Gibbins] as he had been my only intimate partner since my last health screening and he did not disclose his sexually transmitted disease to me.

She adds, she continued her relationship with the Hedge Fund manager even after she learned she'd caught HPV. She says at the time, Gibbins treated her with elaborating their international trips and paying her Manhattan apartment.

Gibbins pressurized her to abort soon after he got to know she was pregnant with his child and even he told her he wouldn't offer any support, personally and financially if she decided to keep the baby.

Her lawsuit claims his lawyer offered her money to abort the child and even warned 'how difficult it would be to raise a child alone.'

Gibbins' wife also texted her writing: 'Have the baby if you want it so much. I cannot wait to see you getting fat and ugly.

A rep for Gibbins has told the New York Post that the baseless allegations won't work and Mr. Gibbins will defend himself within days.