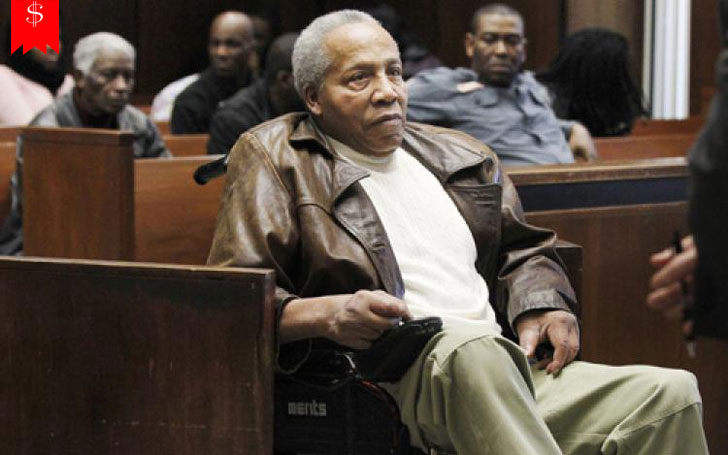 Former American heroin dealer and organized crime boss, Frank Lucas walked on the path of crime when he witnessed his 12-year-old cousin's murder. Later, he became famous for cutting out middlemen during the drug trade and buying it directly from the source.

Lucas collected a huge sum of fortune during the rise of his criminal career as he earned more than $1 million within a single day. Let's get the details of how much his net worth is at present.

How Much Is The Net Worth Of  Frank Lucas? What Is His Income Source?

The former American heroin dealer Frank Lucas has an estimated net worth of about $1.5 million at present.

Unlike other drug dealers, Lucas had a unique way of doing business. He would usually import heroin directly from the opium King Khun Sa in Vietnam, hiding in in coffins. Doing so, he controlled the heroin market in Harlem during the late 1960s and early 70s.

This 88-year-old retired smuggler is believed to have had over $52 million in various banks and almost 1,000 kilograms of heroin on hand, which itself would fetch him $300,000 a kilo. He owns several thousand acre lands called “Paradise Valley” in North Carolina. Lucas also received  $300,000 from Universal Pictures and another $500,000 from the studio and Washington, as per the New York Post.

Lucas was taken as an inspiration for the Hollywood gangster movie named “The Ripoff”, for which he himself contributed nearly $100,000 into the movie, and also lent the production several of his exotic automobiles. Due to some issues, the movie never finished and has not released till date.

His Assets: House And Cars

Frank, one of the famous drug dealers had his own office building in Detroit. Some sources also reported that he has apartments in Los Angeles and Miami.

He purchased a several-thousand-acre ranch in North Carolina rearing more than 300 Black Angus cattle including a breeding bull worth $125,000.

His residence at Teaneck, New Jersey is nothing like the huge mansion in the movies. The 1,532 sqft property was his family residence for many years despite having several apartments in NYC.

Sources say that he also owned some branded accessories and clothes of mink and chinchilla. He even purchased a matching bracelet of Van Cleef for himself and his wife worth $140,000.

Later, the house was raided by the DEA which marked the end of his reign.

Lucas is confined to a wheelchair due to a car accident that broke his legs.

Lucas' life was dramatized in the Universal Pictures crime movie American Gangster in 2007. American actor Denzel Washington played the role of Lucas in the movie.

During an interview with MSNBC, Lucas expressed his excitement about his portrayal though he admitted that few portions of the movie were true.

The film got massive criticism when former DEA agents Jack Toal, Gregory Korniloff, and Louis Diaz filed a lawsuit against Universal stating that the film was much fictionalized and defamed them and many others.

American Gangster broke box office records when it was released in 2007 and made Lucas a famous celebrity.

Lucas was also featured in some TV series including American Gangster Season 2 and Drug Lords. During the third episode of Drug Lords Lucas, himself went in front to tell his story.

Lucas' house was raided by a task force with 10 agents from Group 22 of the U'S' Drug Enforcement Administration, 10 New York Police Department detectives and the Organized Crime Control Bureau (OCCB).

The authorities found as much as $584,683 in his house. He was sentenced to 70 years imprisonment for both federal and New Jersey state drug violations.

After five years in custody, his 40-year Federal term and 30-year state term were reduced to time served and lifetime parole.

In 1984, he was arrested while he was trying to exchange one ounce of heroin and $13,000 for one kilogram of cocaine. He was defended by his former prosecutor Richie Roberts. Lucas was imprisoned for seven years and later released in 1991.

In 2011, he was sentenced to probation for stealing $17,000 from the government. His drugs smuggling days are gone and he was pleaded guilty in May 2011 to third-degree theft as he cashed a $17,345 federal assistance check from the U.S. Treasury.

Julianna Farrait-Rodriguez (née Farrait), a homecoming queen from Puerto Rico. His wife gifted him a coat worth $125 thousand and a matching hat worth $40 thousand.

His wife was also put in jail twice; for her role in her husband's criminal enterprise and for attempting to sell two kilograms of cocaine to FBI informant at a hotel in Puerto Rico.

Lucas is the father of seven children including a daughter, Francine Lucas-Sinclair, and a son, Frank Lucas Jr.