Five Times TV's Best Anchor, Jerry Springer Has Accumulated A Hefty Net Worth. Details Of His Assets and Income. 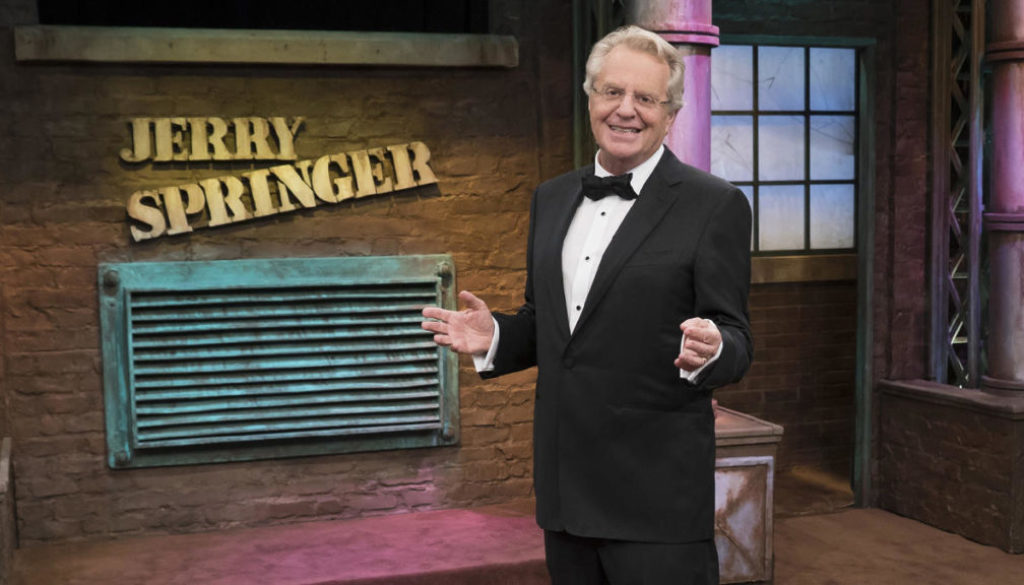 Jerry Springer who is renowned as a cultural icon in the talk show arena is no doubt one of the legendary television host. Springer is best known for his talk show The Jerry Springer Show. Besides, he is also a politician, former lawyer, actor, and musician.

How much has Springer earned from his multiple careers? What is his net worth? We have all details regarding his source of income and lifestyle here.

Jerry Springer's estimated net worth is $75 million as per The Richest while The Celebrity Net claims his net worth is $45 million.

The credit to Springer's hefty net worth goes to his career as a television personality, politician, actor, and musician.

The 74-year-old personality who started his career from politics as a campaign adviser to Robert Kennedy is at present an established name in the industry. He also became Cincinnati city council in 1971.

Springer's main source of income is his career as a talk show host. He started his television career as a political commentator and news anchor and till date has been a host on several popular shows including The Jerry Springer Show, America's Got Talent and Baggage. He was also 2000 Miss World and 2008 Miss Universe presenter.

Furthermore, Springer also appeared in Dancing With The Stars in 2006 as a contestant with a dancing pro, Kym Johnson. He earned $3,750,000 from the show.

Jerry Springer performed in Dancing With The Stars alongside dance partner, Kym Johnson

Springer's debut movie in 1998 Ringmaster made $9,257,103 at the Box Office. Likewise, he also starred in several other television series like Married with Children, Space Ghost Coast to Coast, Since You've Been Gone, and The Simpsons among others.

He is also an executive producer of The Steve Wilkos Show. As a musician, he released his album Dr. Talk in 1995, consisting mainly of country song covers. He owns Jerry Springer Podcast.

Springer was listed as TVs best anchor back to back for five years by readers of Cincinnati Magazine. He was awarded seven local Emmy awards for his political commentaries in the 1980s. Springer was also listed as one of the world’s 10 Most Fascinating People by Barbara Walters in 1998.

Springer frequently visits new places whenever he gets a chance. He also made a trip to Cuba in 2016 which he shared via his Twitter.

Jerry Springer is also renowned for his generosity. He conducted musical Jerry Springer: The Opera in Chicago with a ticket priced £50 in 2009. Reportedly, he donated $19,000 to Teenage Cancer Trust to support the teenagers and young adults suffering from cancer.

Springer was also involved in the charity events for the support of refugees from Nazism and their descendants.