Five Facts About Brendon Urie Frontman Of Panic! At The Disco 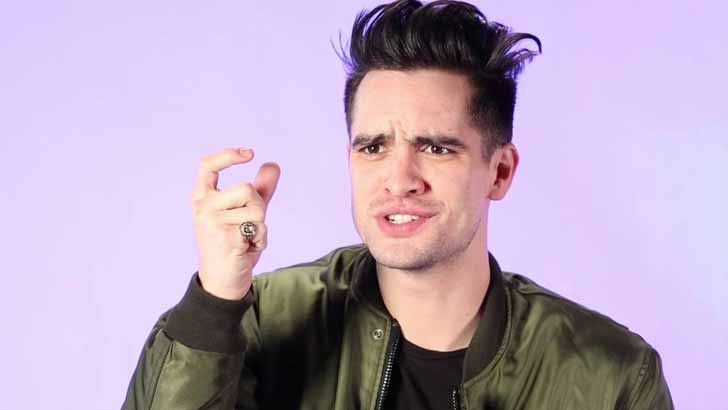 Musical genius Brendon Urie, the only original member remaining of the band Panic! At The Disco has won the hearts of many with his amazing vocal pipes and energetic performances. As part of the band, he has released two singles  Say Amen(Saturday Night) and (F**k A) Silver Lining included in their sixth studio album due to release on June 22, 2018.

Here are five must-know facts about the singer:

5. Brendon Urie Auditioned As A Lead Guitarist For P!ATD

Famous for high ranged vocals, Urie wasn't the first choice as a vocalist when Panic! At The Disco was formed. Shocking right? At the time, Ryan Ross was supposedly the lead vocalist until the band heard Urie singing.

It is how it all started and as you know the rest is all history. However, Ross did sing provide vocals for the song Behind the Sea.

Everyone who has listened to Brandon sing knows that he has amazing vocals. He grew up singing to legends like Freddy Mercury and Frank Sinatra and idolized them. Some fans even compare his singing to him and range wise he can go higher than them. He sings four octaves and his voice range from D2-C7. No doubt, he definitely has the pipes.

During the startup phase of the band, Urie worked at a Tropical Smoothie Cafe to pay for rehearsal space for the band.

While working there he used to sing for tips. Urie revealed that customers would often make him sing, usually the 80's songs and gave him tips for doing that. In his words,

"I would sing anything I was listening to at the time, but I was down to take requests. I remember singing some Scorpions songs, some W.A.S.P. 80s anthems are usually good for tips. It was a huge range of stuff. Some people liked it, and some people didn't. I had to respect other people's wishes, but I had a couple people come in who would ask me to sing for a tip. That's always fun."

Anything to keep the boat sailing.

3. As A Kid He Suffered From ADHD(Attention deficit hyperactivity disorder)

Urie said an interview that he struggled to stay focused in school due to his undiagnosed ADHD. He often was bullied in school for being hyperactive. He was diagnosed with ADHD at the age of 13 after which he took medication for a year. While on medication he feeling 'terrified' about not being able to control his actions.

Besides having astonishing vocals, Urie is also a multi-instrumentalist.

1. He Is Addicted To Red Bull

Urie is addicted to Red Bull and we can clearly see that in all of his performances. Recently he performed the band's new single  Say Amen(Saturday Night) in The Tonight Show Starring Jimmy Fallon where he nailed the performance and his stage presence was just fantastic.

Just so much ENERGY.