Fire In Amazon Forest Spreading In Record Pace In Years 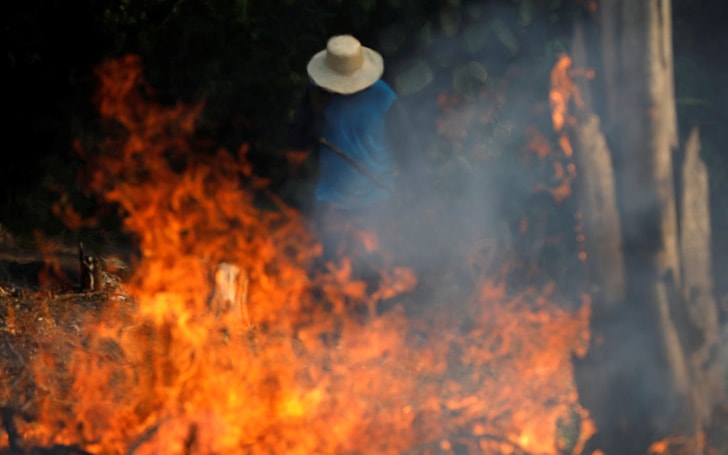 Thousands of acres of Amazon rain forest have been engulfed in a huge wildfire for days, and the authorities have reported the fire is spreading at a record pace in years.

The flames are burning at the highest rate since the National Institute for Space Research of Brazil (INPE) began tracking in 2013.

Brazil has suffered massive wildfires this year with the count reaching 72,843, more than 75% increase compared with the same period last year. The INPE reported more than half of the fires hit the Amazon region. 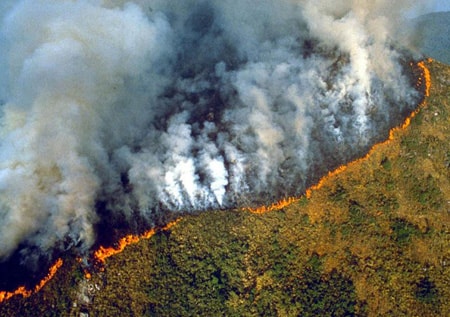 The Amazon Rain Forest is often regarded as Earth's lungs as it produces around 20% of the oxygen in the atmosphere. Moreover, Amazon, the largest forest in the planet, is the home to over half of the species of plants and animals.

As per the New York Times, most of the fires were set by farmers clearing their land which later caught the uninhabited areas of the rain forest in the states of Rondonia and Acre.

Different environmental groups and NGOs, which have been trying to save the Amazon have blamed Brazilian president, Jair Bolsonaro, for the endangerment of the vital rainforest. The president is accused of relaxing environmental controls and encouraging deforestation in the country. 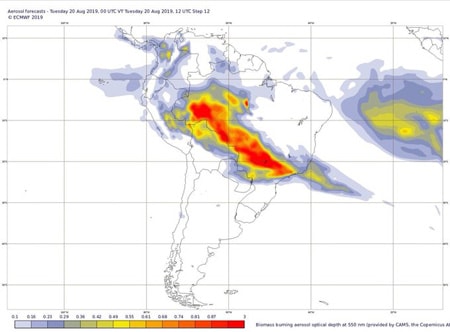 As per the sources, deforestation in Amazon has been increased significantly after Mr. Bolsonaro was elected as the president in October 2018.

In the meantime, Jair Bolsonaro has blamed the non-governmental organizations for setting the fires. Moreover, the government also pulled its funding. The president said,

It could be, it could, I'm not saying it is, a criminal action by these N.G.O people to call attention against me, against the Brazilian government. This is the war we face.

The American research agency NASA has been monitoring the fire activities over the past week. And the Aqua satellite and Sentinel 3 are tweeting the images of the smoke on social media.