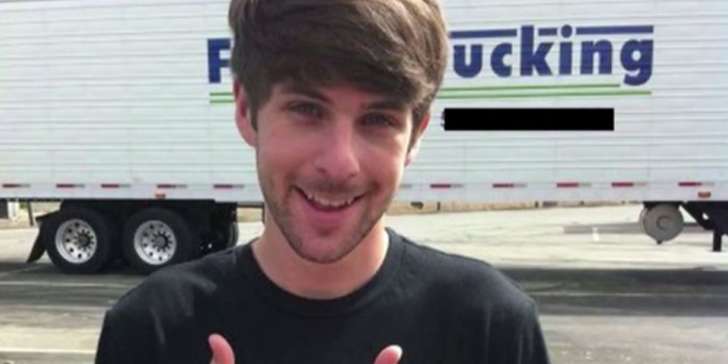 You surely know Ian Hecox if you often spend your time looking at the comic videos on the YouTube. His official YouTube channel 'Smosh' with more than 22 million followers is so popular among the youngsters searching for something funny on the internet.

Have you ever heard about Ian Andrew Hecox?

The very popular, pale skinned Ian Andrew Hecox has an absolutely wicked sense of humor along with catchy out of the line comedy. Ian is an internet comedian who even works as a  writer, director, and editor. However, most of his fans love to call him just a comedian who has continuously entertained them since 2005.

Along with their comic videos, they have also dropped two music albums 'Sexy' in 2011, and 'If music were real' in 2012. We can find the duo doing webisodes in Smosh.com as well. They also did a movie named 'Smosh, the movie' in 2015.

D**k jokes with mom and Extreme a** slapping are some of the most liked out of line videos loved by the viewers by Smosh. Almost every single video posted by Smosh production has around two billion views.

Asked about his personal life in an interview, Ian replied that he had 6 yrs and 10 months long relation with Melanie Moat his former girlfriend. It is said that the couple was planning to tie their knots together but they split in 2014.

The video below shows Ian and Melanie's fun video when they were together...

We don't need to think much before tagging this man as heterosexual male as he has dated two very hot Divas to date. Ian Hecox is dating Pamela Horton since July 2015 and everything looks alright between them.

Smosh has total net worth around 10 million so that makes Ian's net worth somewhere around $5 million. The comedy business is sole freelancing so the salary of Smosh's awesome two-some is not fixed.