Find out how did designer Zachary Bliss fell in love with actress Jennifer Ferrin, his wife! 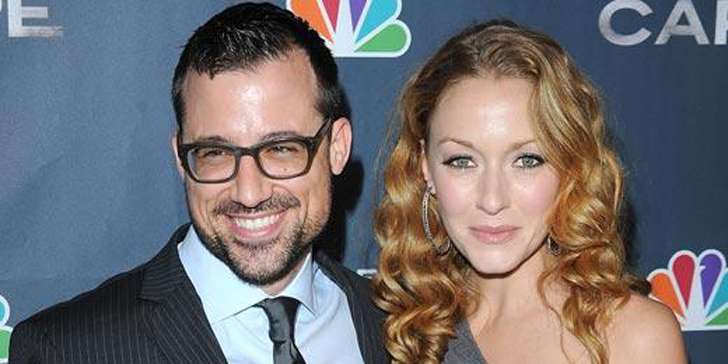 According to actress Jennifer Ferrin, Hamptons was the place where she first met her interior designer husband Zachary Bliss. Jennifer Ferrin thought that it was magical in 2009 when Zach took her out to Montauk. After five years, the couple exchanged their vows and married in September at The Crow's Nest, an inn and restaurant just east of the town. The couple thought that their marriage was breathtaking because everything about it was really well curated.

Now the couple lives in Amagansett, in a bayside retreat surrounded by other cottages. Ferrin, who started her career on the soap opera As the World Turns is today recognized as Abigail Alford of Cinemax's The Knick.

It seems Zach Bliss is the only one person who has the capacity to compete with his wife Ferrin's busy schedule. Bliss first went to Hamptons in 2008 to renovate The Surf Lodge and started doing production design for music videos. He said that his buddy, designer Rob McKinley brought him out to project-management because he only had six weeks to turn that motel into surf culture hotel. Bliss who maintains the apartment in Manhattan is currently working on residential projects in Chelsea and the East Village.

The couple is now on their way to their most ambitious project of finding and renovating larger home out East. In an interview, Bliss said, "All we need is a place with good bones; I don’t care if it has interior walls,” Ferrin added that they were excited to look for a place which they could make their own and have fun. Jennifer, who attended Brookwood high school, has earned two Daytime Emmy nomination as Outstanding Younger Actress for playing in a movie and a drama.

The American television actress Jennifer who was born in Lawrenceville, Georgia, U.S. on February 25, 1975 has played in several movies and dramas and earned a good amount of money. Though her actual net worth is not revealed to the public, she should have a considerable amount of it.