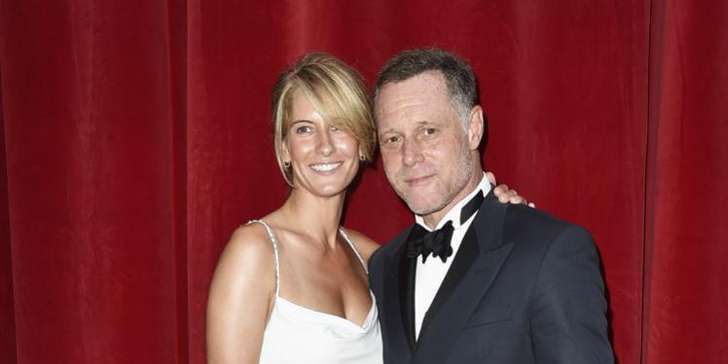 American film and television actor Jason Beghe as a young man attended his Collegiate School in New York city. Now Beghe is married to actress Angie Janu and is living in Nicholas Canyon,Los Angeles,California. 54 years old Jason Beghe has left an indelible impression by his voice of Voight, who says is a pretty simple voice.

Beghe as an actor at first started his career as a model in Europe and had his Debut in 1985 Film Compromising positions. In 1988 he played a movie called 'Monkey Shines: An Experiment In Fear' by George A. Romero in which he had given a great performance. After that, he was seen as a police officer in the film Thelma and Louise; and played Demi Moore's love interest in G.I. Jane.

Jason Beghe plays in many television series like to Have and To Hold and appears repeatedly in other TV series like Picket Fences, Melrose Place, Chicago Hope, American Dreams and Cane. He has recently been getting a huge popularity from a TV series named Chicago P.D.

It has been sixteen years since Beghe Married Angie Janu, one of the popular and most loved Celebrities. Since Jason loves keeping his private life very secret, the information about them dating, their first meet, and so on are not well known!

The couple is very understanding and is in deep love with each other that they won't get divorced anytime sooner! Angie Janu  has given birth to two sons Bix Beghe and Bear Beghe.