Fearne Cotton's Married Life With Jesse Wood-Are They Happy? Details About Their Affairs! 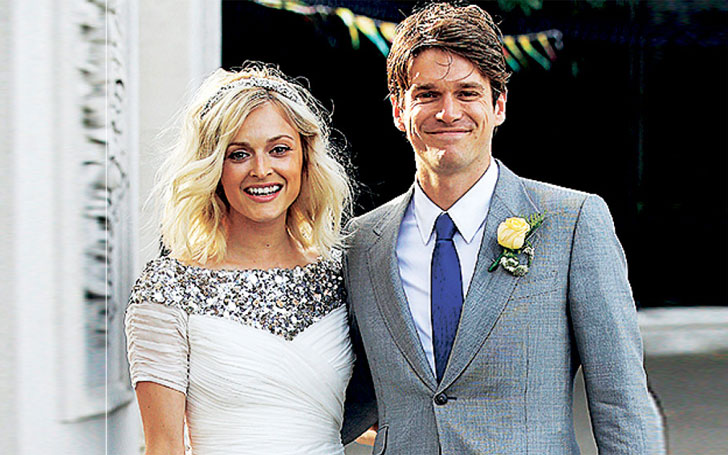 Let me ask you, how many of you wanted to pursue a career as an actor or actress? Many of you did, for sure, and you're not alone! The darling of BBC radio, Fearne Cotton, also wanted to become an actress at first.

Fearne Cotton is not a new name in Television and radio- she has hosted numbers of hit shows like Top of the Pops and the Red Nose Day telethons.

Currently, the presenter is married to  Jesse wood, Cotton's husband is a rockstar.  whom she started dating in 2011. Wood and Cotton got married in 2014.

Fearne Cotton and Jesse Wood are happily married since July 2014. The couple exchanged vows at a private wedding ceremony in a star-studded summer wedding in London in 2014.

The guest list included of everyone from Denise van Outen, Holly Willoughby, McBusted to Keith Lemon.

Fearne Cotton and Jesse Wood on their wedding

The couple is currently in the third year of their blissful married life. The thirty-six-year-old television presenter took to Instagram to share her happiness with her 2M followers.

Fearne Cotton and Jesse Wood started dating back in 2011. Reminiscing their dating period, Cotton shared a throwback picture of hugging her husband on her Instagram on 11 June 2017.

She then captioned the cute picture:

The couple is blessed with two children. They welcomed their first child, a son,  Rex Rayne Wood on February 21, 2013, and their second child,  a daughter, Honey Krissy Wood, in 2015.

In an interview with Hello magazine earlier this year, the BBC radio host revealed that she once suffered from depression.She also disclosed that she felt "drained, anti-social and alienated" during those days.

However, the mother of two was able to battle her illness with the help of her husband Jesse Wood.

Fearne Cotton with her husband Jesse Wood in an event

She wrote about  in her book Happy

"I had a real lack of energy. I felt so drained and my lust for everything that I love wasn't there anymore."

I'm very optimistic by nature, I wake up in the morning and I'm very excited about my day, I'm so pumped and enthusiastic about the smaller things in life and that was dead. Everything was a drag and felt heavy. I felt anti-social, cut-off, alienated and they were massive warning signs. Everyone has that lightbulb moment that they need to do something differently, but for me it was feeling stuck.

She also explains that she felt exceptionally lucky to have Wood in her life as he is so unbelievably free-spirited and open-minded.

Before dating Wood, Cotton was in several relationships. She was once engaged to Jesse Jenkins. They got engaged in 2010 but their engagement didn't turn to marriage.

She also dated Peter Brame in 2003. After Brame, Cotton got was romantically linked to Lost Prophets singer Ian Watkins from 2004 to 2005. Watkins is currently behind the bar for sex offenses against children. She also dated television presenter Steve Jones in 2008.

Cotton is Wood's second wife. He was previously married to Tilly Wood. Wood married his first wife in 2004. The couple has two kids, Arthur who was born on January 21, 2002, and Lola Wood who was born on August 23, 2005.

Jesse and Tilly were married for nearly 7 years and they got divorced in 2011. He also dated Kate Moss in 2000 and Jasmine Guinness.