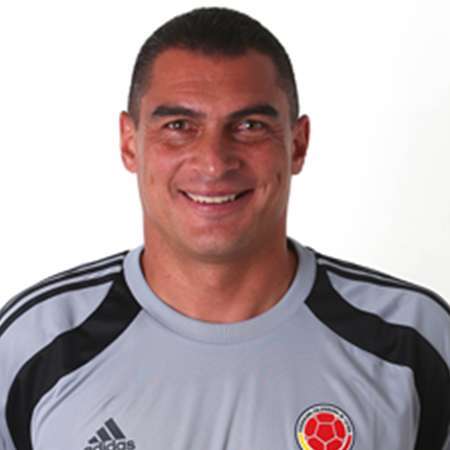 Faryd Mondragón is a Colombian footballer who became a journeyman throughout his club career with two of his most notable stints coming with Galatasaray from 2001 to 2007 and 1. FC Koln from 2007 to 2010. He began his long tenure with the Colombian national team in 1993.

Faryd Mondragón was born in 21st June 1971 in Cali, Colombia to Colombian and Lebanese parents, he now currently plays for Deportivo Cali in the Colombian First Division as a goalkeeper.

His full name is Faryd Camilo Mondragón Ali. He is also a long time member of the Colombian national team having played with them since 1993.

Mondragón starting playing in his country at Deportivo Cali and the Independiente Santa Fe before moving to Cerro Porteno in Paraguay. His carrer started to flourish when he joined with Argentinos Juniors the most exclusivechampionship of Argentina in 1993.

He then received his first team selection in Colombia. The following year he was signed with Independiente where he became the goalkeeper for four seasons . Mondragón was a s sociated with the Turkish club Galatasaray from 2001 to 2007, where he won two Super Lig titles in 2002 and 2006.

He came prominently in many European matches and was selected Player of the week in the Champions League two times.  Mondragón was transferred from Istanbul to 1.FC Köln in May 2007. In the new club, he had a competitor for the spot in the starting eleven.

After an intense pre-season, Mondragón was named as the new number one for 1. FC Köln. Mondragón was established as a first choice goalkeeper for the club . His contract with Köln was terminated from 31st December 2010, the was because of Mondragón desire to play in the MLS(Major League Soccer).

He spent the 2011 season with Philadelphia Union of Major League Soccer. Later on January 30,2012, Deportivo Cali signed Mondragón for a one year contract to finish his career with his original professional club.

Mondragón was a s sociated with the Colombian national team that competed at the 1992 Summer Olympics and the 1998 FIFA World Cup.

Mondragón is a married footballer , his spouse name is Adriana Mondragon. He is a father of two children both sons their names are  Paolo Mondragon, Lucca Mondragon.

Mondragón plays as a goalkeeper for his team.   His height is 189 cm and his weight is 94kg . He wears the No.1  jersey for his squad. His current team is Deportivo Cali and  earns a salary of 250,000€ . Other private matters of the footballer has not been disclosed in media.

Mondragón has not only experiences in the club level but his experiences extends beyond the clubs as the veteran goalkeeper has been a prominent part of the Colombian National Team since his debut in 1993. Mondragón was a member of the Colombian teams that competed at the 1992 Summer Olympics and the 1998 FIFA World Cup.

Faryd Mondragón will be celebrating his 43rd birthday during the groph phase matches of the 2014 FIFA World Cup in Brazil. It is very conclusive and certain that Colombia will be playing the World Cup which means that the vereran goalkeeper is set to become the oldest player in tournament history.