Farrah Abraham's Termination Was Fake; Not Leaving The Show 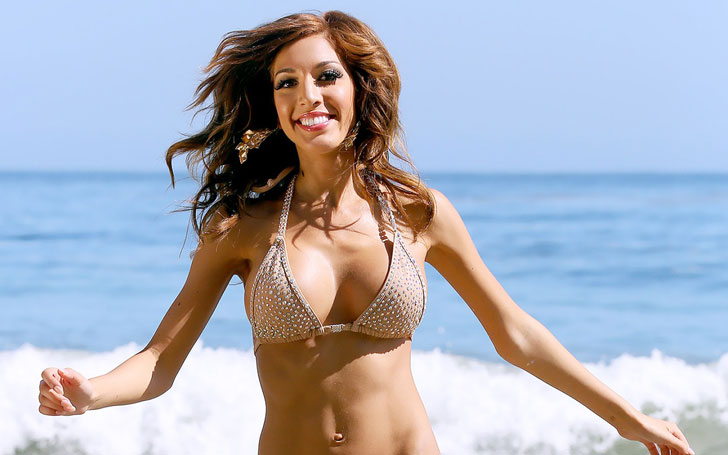 Farrah Abraham is not going anywhere. On Tuesday, October 31, Abraham took to her Instagram to announce she was fired from MTV hours after new trailer Teen Mom OG was released. But a day later, she's saying she is not leaving the show.

On confirming the cancellation of her termination, she wrote on her Instagram, Viacom Legal confirms I have not been fired, I have not breached my contract. She mentioned she wanted to tell the story of her side on a Facebook video she uploaded on Wednesday.

Viacom Legal Confirms I have not been fired, I have not breached my contract”. Why has filming stopped?! Morgan J Freeman of 11th St productions is unprofessional, fake, women hater, press hungry,Sex Shaming, Hate Crimes, Poor Business Practices , unsafe working environment & accomplists Dia Sokal anxious 11 production , Viacom associate pill popping Larry Musnik , & Executive promoted alcohol binger producer Kirsten Malone, taking advantage and acting as a friend to spread jealous , hate crimes to the other teen moms & influence a toxic unsafe working culture, that’s why I don’t share a stage, I have security, I’ve gone to therapy! Do not beat up, instigate physical fights, ruin and break a women’s self esteem, degrade women, this hate this criminal behavior bad business practices end today! My daughter , my family,my self have all suffered for the contrived, malicious hate crime against me. God is great as I have rose above and am success beyond all of these set backs! I look forward to sharing more in my first #BussinessBook ?? Thank you for making this world a better place with me! #BossMom #Ethics #viacom #mtv #teenmom #mtv #hatecrimes #farrahabraham #children #moms #fake #hate #crime #feministhate #feminist #womenempowerment (SEE MORE ON #snapchat )

She wrote a lengthy caption in which she claimed the production on the show had been stopped due to the show's executive producer Morgan J. Freeman. She has also called him 'unprofessional, fake'', as well as claimed he's a ''woman hater."

She had shared the trailer for season 7 of Teen Mom OG, saying that Viacom had fired her the same day. She said, "they let me go because as a Business Mogul I act like an adult and part take in adult promotions and activities that other adults do for FREE or in private."

The reality television series Teen Mom was premiered on December 8, 2009, on MTV. The series was renamed Teen Mom OG since the fifth season. Farrah has been working in the series since the first season and her termination from the series had really hurt its fan.