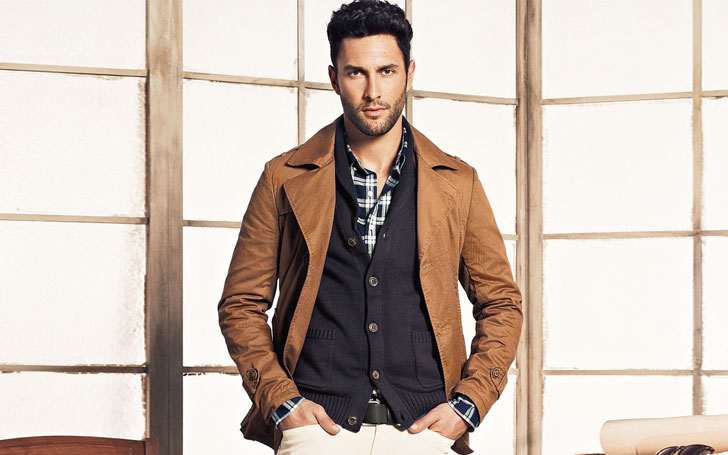 The Dolce & Gabbana model Noah Mills has always been known for his modeling career more than his personal life. Along with modeling, he has been featured in the movie Sex and The City 2  and also in many episodes of 2 Broke Girls.

With so many remarkable works, fans have now shown interest in his relationship. To be more specific, his female fans. Let's get straight to the point.

Is Noah Mills Single or Dating Someone

Yes, Noah Mills is single and is probably ready to mingle, or already does. I mean you don't have to be in a relationship, and just look at him, he looks like a million bucks!

Noah Mills Interests Other Than Modeling

If you thought that he is gay or bisexual, then, as a matter of fact, he is straight. According to his friends in high school, he had a girlfriend. But something between them did not go right and they broke up. From that day on, he has not been linked up with any girls publicly.

And you know what that means in Hollywood, if a guy isn't seen dating a bunch of women and looks good, he automatically becomes gay!

The thing with Noah Mills is that he is interested in his career. which is going uphill recently. However, he has not reached the point where he can settle down. So, if you ask us, we are sure that he will stop at some point and settle with someone.

As per Mills' interest other than modeling, he likes to play basketball. He and his team won a local game. The victory was celebrated by printing his number on one of his friend's shoulder with the help of butter knife and a lighter.

Besides basketball and modeling, he likes psychology as well. He is a psychology major. It's time to take a look at his career. The only thing that Mills is really focused on right now.

Noah Mills Career as a Model

Mills' career started in 2003 after his sister sent his photos to an agency in Vancouver. He was featured for the first time by Model.com on November 13, 2003, as the Model of the Week. Followed by his runway career in January 2004 with Gucci and Yves Saint Laurent. He did shows in Milan and Paris.

pretty music in this little video for @davidyurman @hannasorheim  @jacques.cousteau

Besides that, he appeared in several ad campaigns and catalogs as well as numerous editorials on the cover of many magazines. This model who is known for his abs and his lips was featured in the movie Sex and the City in 2010.

Noah Mills has worked hard to get where he is today. Let's hope we get to hear more of his personal life as well. For more celebrity gossip and updates remember Article Bio.