Ezra Miller, the Flash of Justice League, is excited about "Fantastic Beasts", his upcoming movie 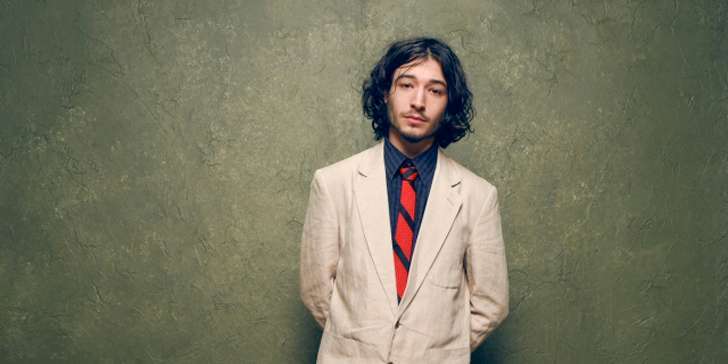 We’ve already know a bit about Erza Miller as The Flash form Justice League who said that The Flash movie was extremely fun. Likewise, he is much more excited regarding her upcoming movie, Fantastic Beasts and it seems like he is very excited about the people he is working with. The upcoming 2016 British-American fantasy adventure film,

The upcoming 2016 British-American fantasy adventure film, Fantastic Beasts and Where to Find Them by J. K Rowling is inspired by Rowling’s book of the  same name and directed by David Yates. This movie is scheduled to be released on 17 August 2016.

In ‘Fantastic Beasts’, he is seen alongside Eddie Redmayne

In this highly anticipated movie fantastic beasts, he will be seen alongside the Academy Award winner Eddie Redmayne of The Theory of Everything and Golden Globe winner Colin Farrell of The Lobster.

Regarding his role in this movie, Erza Miller had tried to keep it as a secret and said if he told about his character to us, there’s a sniper up on the roof that is going to take him out. Recently Entertainment Weekly had revealed the first official image including Erza Miller in the David Yates film as a part of their fall movie preview.

Miller is Prepared for his New Movie, 'Credence Barebone'

After appearing in Batman v. Superman and Suicide Squad briefly as the Scarlet Speedster, Miller is prepared for his new movie as curiously named Credence Barebone who is the adopted middle child of Mary Lou Barebone (Samantha Morton of Minority Report). Fantastic Beasts features the major character who doesn’t have magical powers like Jacob who portrayed Dan Fogler. Jacob didn’t mind being no match among the wizards and told, “You know, Han Solo wasn’t a Jedi”.

American actor Erza Matthew Miller who was born on September 30, 1992 describes himself as a Queer who have been attracted mostly to ‘shes’ but is very much in love with no one in particular. Miller who started his career in 2008 form the Campos’s movie Afterschool, was born and raised in Wyckoff, New Jersy.