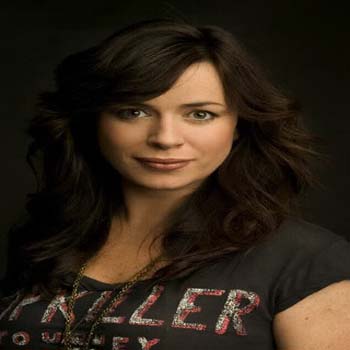 Eve Myles is an English actress from Ystradgynlais, Wales. She is popular for her role in several TV shows and movies. Myles has worked in various movies including Doctor Who, Torchwood, and Victoria.

Eve Myles was born at Ystradgynlais, Wales on 26th July 1978. She went to Ysgol Maes Y Dderwen School. As a child Eve was very much interested in boxing.

She has a bachelor's degree in Arts in acting from the Royal Welsh College of Music & Drama in Cardiff in 2000. She moved to London in 2000. Her ethnic background is Caucasian.

Even as an actress was officially first featured in the BBC Wales Drama Belonging which is also her longest role to date. She played the role of Ceri from 2000 to the final series in 2008 and also in a one-show special series in 2009.

Eve also has acted out a role in the TV film Score and TV miniseries “Tales from Pleasure Beach”. She played Lavinia in the Royal Shakespeare Company production of Titus Andronicus and also was seen as Bianca in The Taming of the Shrew.

In 2005 she appeared in Henry IV part I and II at the National Theatre and in the ITV drama Colditz. She can be seen in the Doctor Who episode “The Unquiet Dead” and as the female lead (Gwen Cooper) in its spin-off show Torchwood. Russell T. Davies the producer of the series said that role was written especially for Eve. She has appeared in every series of Torchwood to date.

In 2008, she enacted the character of Maggy Plornish in the adoption of Little Dorrit. Eve did the award-winning Welsh film A Bit of Tom Jones and the one-off Drama Framed for BBC Wales.2012 saw the actress return to the stage with Zach Barff’s play “All New People”. Her more recent work includes the title role in the BBC1drama Frankie in 2013.

Eve Myles is a married woman and has two children. She tied the knot with her longtime boyfriend Bradley Freegard, a British actor on 18th May 2013, in Italy.

She met Bradley Freegard in National Youth Theater in 1994. The couple dated for around fourteen years before their marriage.

The couple shares two daughters together; Matilda Myles Freegard and Siena Myles Freegard. She gave birth to her first daughter, Maltida on November 10, 2009. The pair welcomed their second daughter on February 11, 2014. The family of four happily lives together in London.

Eve has won one BAFTA Cymru award with being nominated for altogether six. In 2002, 2003, and 2009 she was nominated for Best Actress for her role as Ceri in the Drama Belonging, and in 2008 & 2010 for her role in the Torchwood series.

She won the Bafta Cymru Best Actress Award for the character of Gwen Cooper she played in Torchwood’s first series.

You can find plenty of her hot and steamy pictures on the internet. She is among the well-paid TV actresses and presenters. She is set to do more in acting and also does plays and theatre acts.