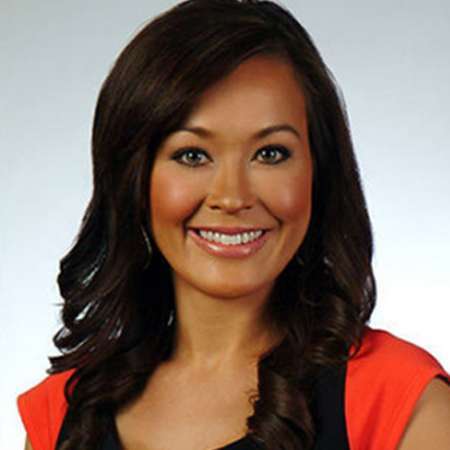 Eva Pilgrim, a well-known journalist is working for ABC News. Eva first started her work as a web producer and then entered the field of anchoring and reporting. Moreover, she has been working as an anchor and reporter in action news WPV.

Eva Pilgrim was born on August 30, 1982, in Seoul, South Korea, under the birth sign Virgo. She is the daughter of Korean-American parents. She belongs to a military family.

She spent most of her childhood days traveling all across the United States of America. She is Korean by nationality and belongs to a mixed ethnic background.

Clearly I was really cool growing up #GoofyTshirt ..... You can thank my friend/“big sis” Michelle for these gems. She always took all the pictures... and clearly she saves everything #tbt #everydayEva

Eva Pilgrim was a member of the debate team when she was at the University of Florida.

Eva Pilgrim started her career as a web producer for two years in WIS-TV in Columbia from 2002 to 2004. Then, for another two years, she worked as a morning anchor at WVVA.

According to the promotion producer from WVVA, Maria Robison,

"It is easy to work with Eva because of her positive attitude. She is hard working, reliable and a professional."

He also stated that the talent that Eva possesses on and off the air was hard to find.

After working in WVVA for two years (2004-2006), Eva Pilgrim then moved to Fox Charlotte, where she reported on a taxi driver who neglected to pick people in wheelchairs and also on a woman who scammed military members across the country.

Funny how God just knows when you need a pick me up! I couldn’t make it to church Sunday but he brought church to me today!!! ..... @mwsmithofficial bringing back all the memories of church camp days with @amyhulion @theeunderhills and an excuse for reminiscing and chatting with some of my dearest, oldest friends. And a moment to connect with new friends! ...... But more than that... I randomly turned the corner into a conversation that I so desperately needed... and it came so unexpectedly. I’m not a subtle signs person. Ya gotta smack me over the head to get my attention... and I got that this morning. A reminder to trust in Him... and his plan for my life. ..... I am SO thankful for amazing Christian coworkers and friends... and kindness. each other y’all. It’s everything.

Eva stayed in Fox Charlotte for two years and a half from December 2006 to May 2009.  Later, she joined WXIN TV in November 2009 and left after three years and one month in November 2012.

Eva Pilgrim has been working as an anchor and reporter in action news WPVI since December 2012. She is very talented and has covered many national stories like the Amtrak Derailment, the Pope's historic US visit, the Sago Mine disaster, and the Indiana State Fair stage collapse.

Moreover,  she was eventually noticed by ABC and was hired by the network. Colleagues have commented that she is easy to work with thanks to her professionalism and reliability, and she also possesses an on-air talent that makes her stand out from the competition.

Eva Pilgrim's Net Worth And Salary

Eva Pilgrim's net worth cannot be less than $1 million at present. However, the exact amount is still under review. She earns a huge amount of money from her job. According to a source, ABC pays an annual average salary of $98K-$107K to its anchors/reporters. So, her salary is somewhere in the above range.

Furthermore, she has worked for various networks including WIS-TV, WVVA, WXIN TV, WPVI, and ABC News. She has been working as a correspondent for ABC News for years.

Eva Pilgrim is yet to be married. Pilgrim is currently more focused on her career rather than being involved in the relationship. As of 2018, she might be possibly single.

Previously, Pilgrim dated a Country singer, Clayton Anderson. The couple posted several pictures together on their social media. But as of 2018, the couple has not posted anything due to which their fan speculated about their breakup. The couple, however, has not revealed anything.

Moreover, Pilgrim was linked to  Micah Caskey, a criminal prosecutor of the county's courthouse.  She, however, has not disclosed anything regarding their relationship.

During her free time, Eva enjoys playing the violin, and also loves riding motorcycles. She is also a self-proclaimed chemistry nerd.