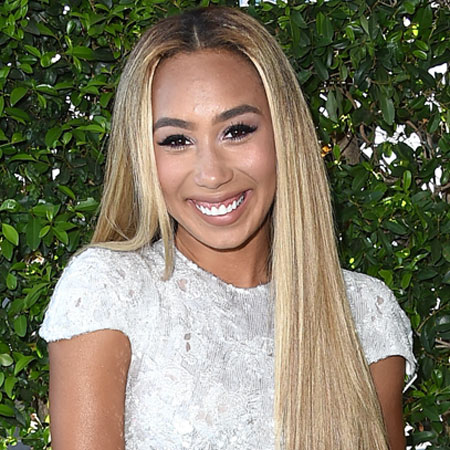 Eva Marisol Gutowski is an American YouTuber, Vlogger, and well-known Internet personality. She is widely known for her YouTube channel, "mylifeaseva." She is a YouTube entertainer with millions of subscribers on her channel. Sheis also is known as the beauty guru on YouTube channel.

Gutowski was born on July 29, 1994, in Orange, California, United States. Belonging to the African-American ethnicity, she carries an American nationality. As stated by in an interview on Hot97, she belongs to the Puerto Rican and Polish background and has Irish ancestry. She has a sister named Maya Gutowski.

Gutowski studied journalism in college. She dreamed of being an actor or a psychiatrist during her early childhood. As she grew older, her interest started to grow to be an entertainment host and reporter.

Gutowski started working as a cashier in a mom and pop pizza shop while attending the college. She majored in Broadcast Journalism from the College.

Gutowski has her YouTube channel named "mylifeaseva" and has millions of subscribers. American entertainment magazine, Variety has ranked her #4 in their Famechangers Digital Star Ranking list. American weekly magazine, People has termed her as YouTube fastest growing star.

In addition to her career as a YouTube star, she is also a writer and has written a book named My life as Eva: The Struggle is Real. She has her YouTube show called Me and My Grandma.

She also has a secondary channel named  Vlogtowski.

Gutowski, age 22 is a stunning YouTuber and well-known personality. Her birth sign is Leo. She currently resides in Los Angeles, California. She has revealed herself as bisexual in September 2016.

Talking about her relationship status, Gutowski is not married yet. She dated Andrew Kingsbury, an online marketing specialist, and a popular Instagram personality. The couple broke up in 2015.

Soon after, Gutowski dated Alex Hayes who is also an Instagram personality. They had an affair for about one year.

Gutowski is currently dating Adam Bartoshesky, a freelance photographer who founded the company called Captain's Camera. Bartoshesky has worked for popular clients such as Playboy, Stab Magazine, and Free People.

This cute couple has posted several pictures together on their Instagram account. She is enjoying her lifestyle with her boyfriend, Adam. The couple seems happy in their pictures.

Apart from that, Gutowski has great love and affection towards animals. According to the tweet on her Twitter account, she has kept three dogs and a cat that she rescued.

Body Measurement and Net worth

Gutowski stands at an amazing height of 1.7 meters (5 feet 6 inches) and has maintained a perfect body physique. She is earning well from her YouTube career and maintained a well-deserved net worth in her life estimated to be about $1.5 million.

She rides BMW and lives in a wonderful mansion near her hometown.