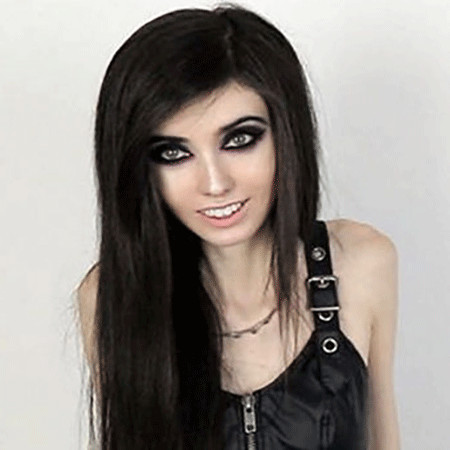 Skeleton Queen aka Eugenia Cooney is a popular YouTube vlogger. She is an American vlogger known for her “Emo” look. Twenty-two-year-old Eugenia has over 1.5 million subscribers in her self-titled YouTube Channel. Eugenia is hitting the internet because of her body weight. She is too underweight that it has been concerned with too many people is she has an eating disorder and is anorexic. Eugenia started her YouTube channel in 2011 and has consistently been under scrutiny because of her body weight.

Eugenia Cooney was born on July 27, 1994, in Connecticut, United States of America, Eugenia Cooney. She grew up in her hometown Connecticut along with her parents. She has also a  brother named Chip Cooney.

The YouTube star is known best for her Emo look and lifestyle but is more popular due to her body weight. She has many fans and there are many people who are concerned about her body weight. She has a self-titled YouTube Channel called “Eugenia Cooney” where she discusses mostly hair, makeup, and wardrobe. Some of her videos also include her mother.

Cooney is also considered as one of YouTube's most popular influencers and has over 1.5 million subscribers on her account, as of 2019.

Eugenia Cooney used to live with her family in Connecticut. She moved out of her mother’s house a year ago to live in New York. Her fans have observed and commenting that she got skinnier than how she was after moving out from her mother’s house.

Eugenia Cooney's Net Worth And earnings

Eugenia Cooney has earned a decent amount of money from her career. Judging by her lavish lifestyle, the YouTuber's net worth is obviously in million which as per some authorized sources can be believed over $1 million. From her popular YouTube channel, she earned between $4.5 K -$71.4 K a year.

Cooney is also quite popular on Instagram with more than 533 K followers. And an Instagram star who has over 1000K followers can make $5 K per sponsored post.

It is not known whether Eugenia Cooney is in a romantic affair and has a boyfriend or not. However, she is seen a lot with her friends in the pictures that she uploads on Instagram and Twitter. She has more than 533K Instagram followers, as of Dec 2018.

Despite her much social media presence, Cooney has kept everything about her love life, dating, and boyfriend. She is a dog person and has a pet puppy Buzz.

In Jan 2019, YouTuber Eugenia Cooney's crazy break from social media led to speculation that she dies. And at that time there was no one to suggest where she was actually. But, Cooney came back in late January with a pos,t in which she said that she was taking a “much-needed break from the negativity.”

Just after a couple of weeks, Cooney again tweeted

taking a break from social media and voluntarily working with my doctor privately.

Whoever has seen Eugenia Cooney is very concerned about her worrying body weight. Eugenia got popular because of her online presence.  Eugenia Cooney has a number of viewers and accusers who believe her look can give a negative influence on teenage girls leading to a serious problem as she is popular and she has lots of fans.

Though Eugenia Cooney has claimed that she never encouraged her fans to look like her, however, she is in controversy due to her body-weight that went to sign a petition against her in Change.org to temporarily ban her from YouTube and to seek the medical attention.

One popular YouTuber that goes by the name Onision uploaded a video encouraging people to take action using the hashtag #HelpEugeniaCooney in order to show the worrying concern of her admirers.

More than 18,000 people signed the petition against her for the temporary ban on YouTube. The petition was created by Lynn Cloud and he says that the petition is not meant to belittle or insult but is a concern about her weight which might inspire other girls to lose an unhealthy amount of weight.  The petition was later removed by Change.org.

Anorexia is a serious and potentially life-threatening eating disorder that can be characterized by self-starvation and excessive weight loss. Most of the sufferers of anorexia are girls and women as per the National Eating Disorder Association. However, Eugenia Cooney claims she is healthy and naturally skinny but is a “NO” to her viewers.

She has a height of ‎5 Feet 9 Inches.