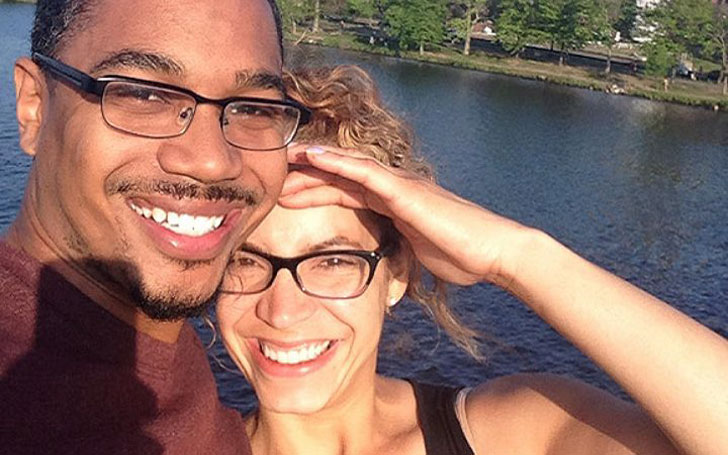 Elle Duncan is a sacred messenger to those who love anything sports.

But, the ESPN sports anchor has more going in her life apart from bringing you highlights and reports. Duncan is not a bachelorette anymore- she recently married  Omar Abdul Ali. The couple who connected immediately after their first meeting is in their honeymoon phase right now.

Elle Duncan and Omar Abdul Ali’s marriage is only about a year old. But, they seem to have a strong bond. Their budding relationship is all over Duncan's Instagram, in photos and cute texts.

Omar Abdul Ali proposing to Elle to marry her

Professional at heart, Elle Duncan rarely talks about her romantic life on cameras, but her Instagram tells the unspoken side of her story for her.

Elle doesn't miss any chances of gushing about her husband on social media. On National Spouse Day on January 26-2017, she posted a picture with her husband captioning it,

''Oh, wait there's a #nationalspouseday? Perfect excuse to show my bae! Not that I need one! Love you (even though you have no social networking) #nofilter #costarica #VillaCaletas.''

Searching for excuses just to post pictures of her husband, how cute is that? This is for sure a happily married couple.

They met through mutual friends, most of your dates set up by friends are usually horrible, but this couple made it all the way. So, is Elle Duncan planning a family with Omar Abdul Ali?

Are Elle Duncan and Omar Abdul Ali Planning For A Baby?

Elle Duncan and Omar Ali are both newly married are busy in their career at present. So, it's no surprise that there is no news of them planning a family anytime soon.

There's no doubt that Duncan is fond of kids, so we guess it's only a matter of time before we hear pregnancy news from her!