Erin Cummings is Battling with Cancer, how is her relationship with husband Tom Degnan? Know in details 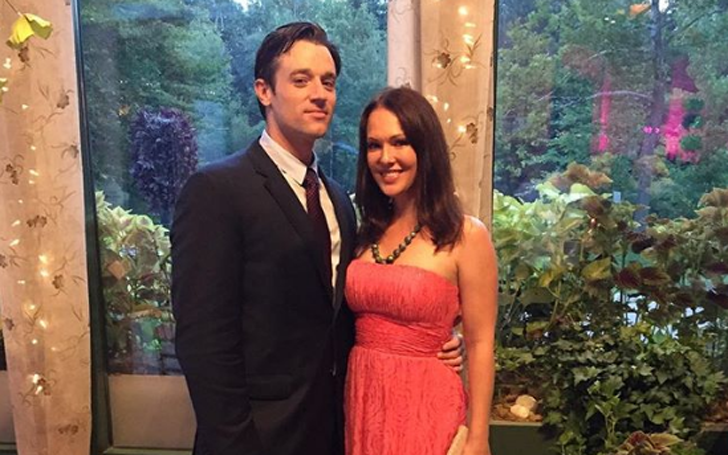 American actress Erin Cummings is married to actor Tom Degnan, known for his role as Joey Buchanan on the American soap opera One Life to Live. The couple tied the knot back in July 2016.

The 40-year-old actress, unfortunately, was diagnosed with breast cancer just two months later her marriage. Currently, when she is battling with cancer how is her relationship with husband Tom? Is the couple happy together? Know the details here.

The Feed the Breast star tied the knot to Tom Degnan on 2 July 2016 at the Basilica of the Sacred Heart on the campus of the University of Notre Dame in Indiana.

Reportedly, they are the first ever celebrity couple to get married at the historic church.

Erin and her husband Tom Degnan in a portrait, Source: Twitter

Words cannot describe the joy, light, laughter and love that @tomdegnan and I experienced this weekend. From Thursday night's fireside chats to Sunday night's fireworks show and all of the incredible moments in between, this weekend has been the greatest time of our lives. I will always cherish the moment I entered the church and saw the smiling faces of everyone we know and love, before looking down the aisle and seeing the man I always dreamed about before I even knew him. This was all worth the wait and now I understand when people said to never, ever settle. For the 150+ people who were still holding strong at the end of the night and were able to be part of that unbelievable Piano Man finale, I cannot even think of that moment without getting choked up. It was truly an unexpected and emotional moment that will fill my heart and spirit for years to come. We thank everyone who helped to get us to this place and everyone who traveled from near and far to support us and be a part of this new chapter of our lives. #loveislove #wedding #basilicabride #notredame #weddingday #summerwedding #tdegsedegs

'I will always cherish the moment I entered the church and saw the smiling faces of everyone we know and love, before looking down the aisle and seeing the man I always dreamed about before I even knew him.'

'This was all worth the wait and now I understand when people said to never, ever settle.'

In addition, the couple celebrated their honeymoon in Rome and Italy.

@tomdegnan and I are excited and honored that @People Magazine has chosen to share a few special details of our magical wedding. In addition to photos by @studiothisisphotography, they highlighted my stunning custom white-into-navy ombre #StatementBridal gown, designed by my bridesmaid and sister-friend Rochelle Rodriguez @rrc_sparkle, who is standing next to me in the picture. I love that my dad and Tom's dad are in the pic together, grinning from ear to ear. The hair and makeup are, of course, by another talented sister-friend, @michelinepitt (and stayed perfect from 10am-4am!). More special bits from the wedding will pop up on this page soon, but this is a fun way to start the sharing! Link to the full story in profile. #dreamscometrue #peoplemagazine #wedding #basilicabride #notredame #summerwedding #4thofjulywedding #husband #ombre #dress #weddingplanning #weddingannouncement #happybride

Everything seemed perfect and beautiful until the newly married couple found out about cancer. Just after two months, Erin found out she was diagnosed with Invasive Ductal Carcinoma.

“When we said, ‘In sickness and in health,’ we had no idea what was right around the corner,”

Well, seems like Tom has not forgotten his promise in sickness and in health as he is doing whatever he can to help his wife fight the disease. They are very happy together and nothing can change the love that they have for each other.

Erin is very active on her social media and her posts certainly prove that they are very happy in their married life.

The Dark House actress was diagnosed with Invasive Ductal Carcinoma just two months after her wedding.

It is a type of cancer that initiates in the duct and invade the fatty tissue of the breast at the periphery of the duct representing about 80% of all forms of all breast cancer. 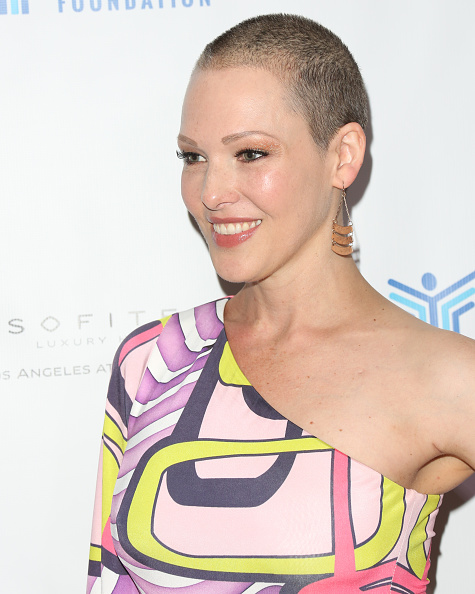 She has undergone few forms of chemotherapies and most probably recovering from the carcinoma,

Erin is active on Twitter and as the month of October is the 'Breast Cancer Awareness' month, she utilized her social sites raising awareness against the cause among her fans.

October is almost over but that doesn't mean that awareness of breast cancer signs should stop!… https://t.co/ZBRQS4OSrl

We can see the star couple spending a quality moment together. Sweet smile on their faces definitely symbolizes some kind of positive response to the ongoing treatment of Erin.

I'm feeling some #MCE (man crush everyday) for this hunka hunka here. As we creep up to our 1yr anniversary, I'm in constant awe of his bottomless well of support and encouragement. He used to be red carpet shy guy, but I snagged a little PDA smooches on our last big date night. Thanks to the wonderful folks at @cancerfreegen for a fun night that raise $150,000 for cancer research! We were honored and excited to be there. #love #strength #support #husband #partner #teammate #cheerleader #cancer #cancerresearch #anteupforcfg

Well, we heartily wish to see Erin fully recovered in the near future.