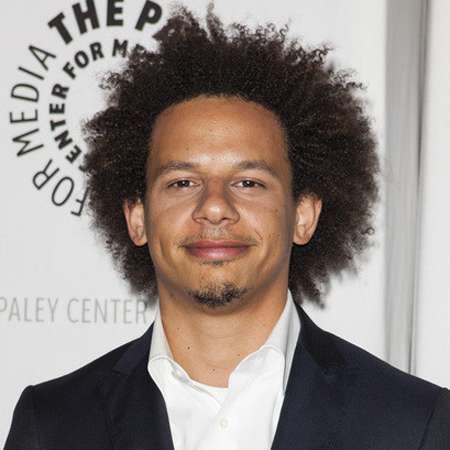 American actor, comedian, and television host Eric Andre have been known for being the host of his very own show The Eric Andre Show on the Adult Swim Channel.

He was born on the 4th of April, 1983 and has been involved in the acting fraternity since a very long time.

Andre was born in Boca Raton, Florida to a Haitian mother and American Jew father. He was enrolled in the Berklee College of Music for his education and he played double bass while at college.

Andre has had several television roles in shows showcased on the television but has been widely known for being the host of his very own show called The Eric Andre Show. It is a parody series shown on the Cartoon Network's late-night programming block called Adult Swim. His other endeavors include co-starring in the comedy series Don't Trust the B---- in Apartment 23 and acting as Deke on the comedy series 2 Broke Girl. In the FXX comedy series Man Seeking Woman, Andre plays the role of Mike. The show has been renewed for a 10 episode second season and he is set to star in it on 2016.

The film credits of Andre include acting in The Invention of Lying, The Internship, Flock of Dudes, etc. he has appeared on television in Curb Your Enthusiasm, The Big Bang Theory, Zeke and Luthner, Hot in Cleveland, Comedy Bang! Bang1, Animals, Fact Checkers Unit, Level up, etc.

Eric Andre's Net Worth and Salary

The talent actor, Eric Andre has a net worth of around $3 million which he has collected from acting career.  He has appeared in the movie named Rough Night which has been able to bag $47.3 million. In the movie, Rough Night he has appeared alongside Scarlett Johansson, Kate Mckinnon, Jillian Bell.

The dating history of this talented comedian and actor has been hidden despite the widely known details in relation to his career. It has been known that he has never been associated with anybody from the acting fraternity in the life span of his career up until now.

However, back in 2015, he was rumored to be dating Amber Rose. The affair between them was hugely publicized due to the huge popularity of Amber as a celebrity, a singer and a previous love affair of the infamous Kanye West. She has been talked about widely in regards to the feuds she has online with the Kardashians and thus Andre had also risen into fame because of the reason. However, the rumors were not confirmed. Andre has never been married, does not have a spouse and has not fathered any children yet as far as the news of the tabloids is to be taken into consideration.