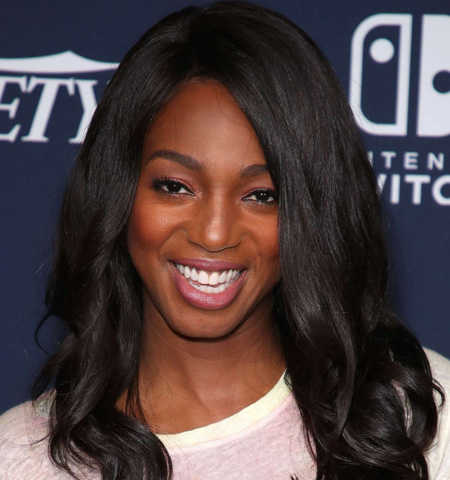 Canadian actress Enuka Okuma rose to prominence for her role of detective Traci Nash in the police drama series Rookie Blue. She also made her recognition in the Canadian film industry for her work on television series Madison and Sue Thomas: F.B. Eye.

Canadian-Born Actress Okuma's Net Worth Is In Million

The 42-year-old Canadian actress Enuka Okuma has given two decades of her life in the film industry during which she has worked in a number of films and television series. Working in over half a dozen film and more than a dozen movies, Okuma undoubtedly possesses the net worth in millions of dollars.

Okuma's net worth is still under the review, however, some online sources have estimated her net worth to be around $1 million. More details regarding her net worth and properties have not been revealed as of now.

Despite being a well-known Canadian film star, Enuka Okuma rarely shares her personal information, including the details regarding her married life with husband, Joe Gasparik. She rarely shares any photo on her social media that has kept her fans and the media entirely away from her personal life.

Okuma and Canadian musician Gasparik got married on July 2, 2011. The adorable couple first met in Toronto while they worked on the same television crime drama. They became friends during their work on the show and eventually started dating.

After dating for over three years, the musician popped the question to his girlfriend with the blessing of the actress' parents while they strolled a Vancouver beach. The couple remained engaged for a long time before they started their wedding planning.

The couple organized their elegant wedding themselves with the help of their close friends. Enuka's sister, who is a graphic designer, created a custom invitation suite. The couple exchanged their wedding vows on July 2, 2011, in the historical Italianate-style Roman Catholic church which was decorated with cone vases crafted from birch bark.

The groom was seen in an elegant charcoal suit, with a white orchid pinned to his lapel. On the other side, the bride opted for a strapless silk gown featuring a ruched skirt and sweetheart neckline on her big day. The bride accessorized her attire with petal-adorned satin pumps, a snowy veil and a bouquet of white dahlias.

Enuka and Gasparik have been married for more than eight years as of 2019, and the couple has been spending a joyful married life. But the pair hasn't shared any children until now.

Enuka Okuma was born as Enuka Vanessa Okuma on September 20, 1976, in Vancouver, Canada (then British Columbia). According to IMDb, her name means "gift from Heaven." Information regarding her parents is not revealed in the media, however, it is a known fact that she has a younger sister who is a graphic designer.

Okuma is a Canadian as per nationality and belongs to African descent. She completed her graduation from Simon Fraser University in Burnaby, British Columbia.

Television Work And Appearance In Movies

Okuma started her career in 1990, appearing as a regular cast in the first season of television soap opera Hillside. After that, she played in several made for television films and Canadian television series including Madison throughout the 90s.

From 2002 to 2005, Okuma co-starred in the American crime drama series Sue Thomas: F.B.Eye. Her other famous television appearances came in Grey's Anatomy, 24, Rookie Blue, Masters of Sex, and Caught.

Talking about Okuma's film credits, she has worked in around half-a-dozen movies which include Double Jeopardy, House of the Dead and Battle of the Sexes. She is currently filming (September 2019) a movie The Sleepover starring Malin Akerman, Ken Marino, and Joe Manganiello.