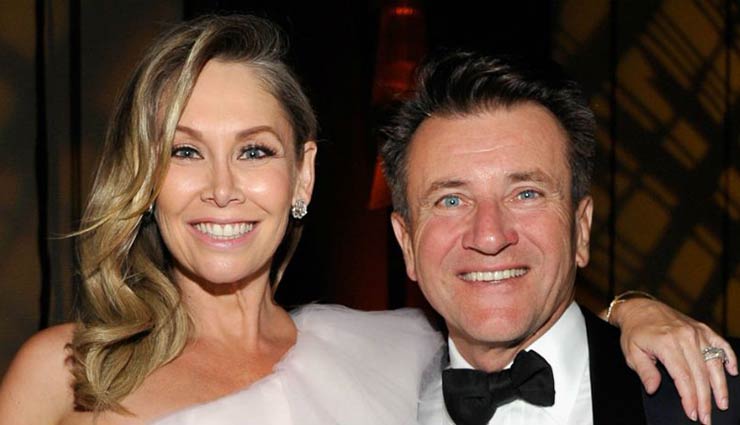 Australian ballroom dancer Kym Johnson and the Canadian entrepreneur and television personality Robert Herjavec have welcomed their twins together on Monday, 23rd April.

The 41-year-old dancing pro announced the birth of their twins in an Instagram snap showing Herjavec carrying both in his arms.

The couple is, however, yet to reveal names of their children. The 55-year-old Shark Tank star is already a father of three children from his previous relationship with wife Diane Plese.

Johnson Herjavec revealed to fans and followers on April 1 that they were expecting a son and daughter during their baby shower attended by fellow DWTS pro Cheryl Burke and hosted by Carson Kressley.

The pair revealed their babies' gender as a son and a daughter by popping the blue and pink balloons.

We're so excited to finally share with everyone that we are having a boy and a girl! #twins #genderreveal #bestofbothworlds

They announced they were expecting their twins in December after Johnson Herjavec confirmed her pregnancy with ultrasound photos.

The proud parents first fell for each other during the Dancing with the Stars show rehearsals in its 20th season in 2015. The couple dated for a year before they tied the knot in summer 2016.