Emma Ishta is an Australian model and actress who obtained initial fame after her she started modeling for the famous international modeling agency IMG Models. Likewise, she worked for many high brands, which are Vogue, Harpers Bazaar, and many others. Besides, Ishta has also acted in many movies and Television series. She got height in the world of acting following her finest performance on the Freeform drama series Stitchers.

Emma Ishta was born on November 16, 1990, in Brookfield, Queensland, Australia. She spent most of her childhood days in her hometown, Brookfield along with her family. She also has a younger sibling brother named Thomas Douglas-Powell born on 16th September 1992.

Her brother is a professional volleyball player. She is an Australian as per her nationality and belongs to White Australian ethnicity.

Ishta did her schooling from St Aidan’s Anglican Girls’ School in Corinda, Brisbane, Queensland. Following her education, she went on to enroll at the prestigious music program of the Queensland University of Technology. She, nonetheless, deferred her studies in order to pursue her career in modeling.

Emma Ishta started her career at the age of 13 and found huge success in this field within a short span of time. Just after a couple of years, the model signed to the famous IMG Models and got the opportunity to work for many well-known brands like Vogue, Harpers Bazaar, D&G, and DKNY.

In the year 2014, Ishta switched into acting and made her first TV appearance as a guest in the series Black Box. Subsequently, the actress landed her first movie role in I Smile Back along with Sarah Silverman, Josh Charles, and Thomas Sadoski. 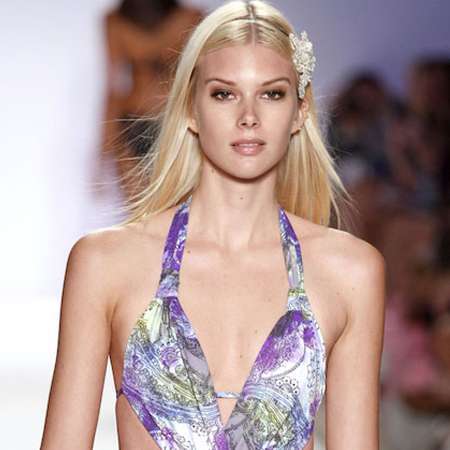 Ishta gained worldwide fame following her role of Kirsten Clark in the American TV series Stitchers. She was a cast in the series from 2015-17 alongside Kyle Harris, Ritesh Rajan, and among others. Moreover, in 2018, the actress featured in web television series The Good Cop.

Emma has modeled for many reputed magazines like Harpers Bazaar, D&G, and DKNY. As a model, Ishta is paid over $109k a year.

Ishta owns a house in New York City which is estimated to be in millions.

Emma Ishta tied the knot with wife Daniel James McCabe on the 8th day of September 2012, in an intimate wedding ceremony. Her husband Daniel is a playwright and actor by profession. The couple together featured in the play The Flood which also won the Award for Excellence in Playwriting.

The loving couple welcomed their first child a son on June 16, 2016. Ishta also attended ABC Freeform Upfront at Spring Studios showing up her baby bump on April 7, 2016, in NYC. Daniel also has a daughter, Tierney Rose from his previous relationship. They currently reside in New York along with their two kids.

Proficiently, she also plays the violin.