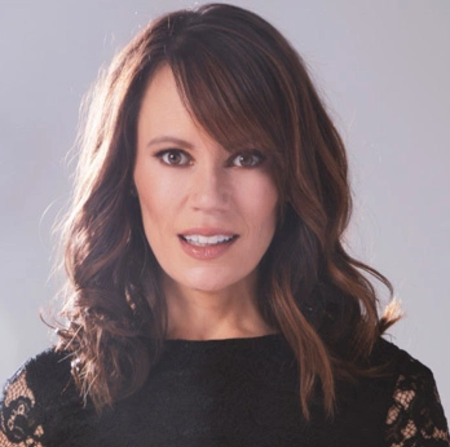 Emily Swallow is an American actress widely known for playing the roles of Kim Fischer on The Mentalist and Amara in Supernatural season 11. She is also known for her appearance in the live-action Star Wars series The Mandalorian.

She is the University of Virginia Graduate

Emily Swallow was born on December 18, 1979, in Washington, D.C., the United States of America, under the birth sign Sagittarius.

He was raised as the only child in Jacksonville, Florida. She is of American nationality and belongs to white ethnicity. She stands at a height of 5 feet 7 inches (1.7 m).

She had already started her acting career while studying at Stanton College Preparatory School. She performed in numerous college, amateur and professional theatre productions.

Emily Swallow started her acting career in Broadway theatre; she initially performed in numerous productions such as High Fidelity, The Taming of the Shrew, A Midsummer Night's Dream, King Lear, Much Ado About Nothing for Shakespeare in the Park, Cat on a Hot Tin Roof at the Guthrie Theater, Romantic Poetry and Measure for Pleasure.

She made her television debut in Guiding Light. She then played parts in Southland, Ringer, The Good Wife, NCIS, Flight of the Conchords, Medium, as series regular Dr. Michelle Robidaux on TNT's medical drama Monday Mornings and Rizzoli & Isles.

She has also notably appeared as FBI agent Kim Fischer in the CBS drama series, The Mentalist. In 2015, she was cast as a series regular, Amara, in Supernatural season 11.

Swallow made her film debut in 2008 in the military drama film, The Lucky Ones, alongside Rachel McAdams, Tim Robbins and Arden Myrin.

She received the Falstaff Award for Best Female Performer for her role as Kate in The Taming of the Shrew in 2010.

Being one of the successful television, film and theatre actress, Emily Swallow has added a decent amount of money to her bank account.

According to multiple online sources, Swallow has an estimated net worth of $2 million. As for her salary, as per the report, the 40-year-old actor makes around $30 thousand for her role in a single episode of a series.

Moving towards the relationship status of Emily Swallow, the Mentalist star is a married woman. She has been married a theatre actor, Chad Kimball, who has performed in Sweeney Todd (1999), Baby (2004), and Michael John LaChiusa's Little Fish in 2007. 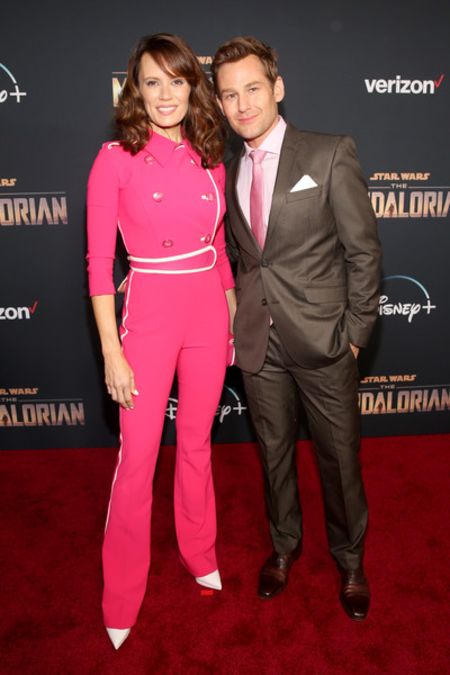 The couple tied the knot in an intimate ceremony on 26 August 2018, and ever since the acting couple are leading a blissful married life.