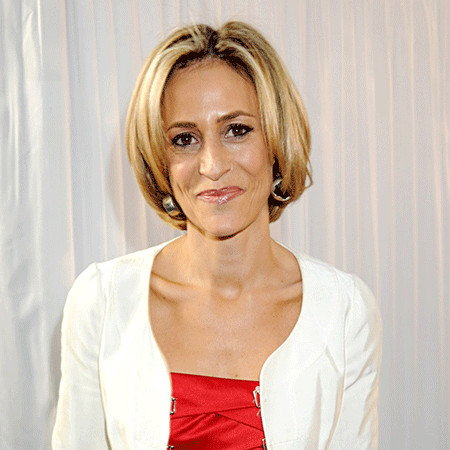 A British journalist and Newsreader Emily Maitlis is known for her service in the world’s one of the reputed news house BBC. She is the presenter of the programs across the national television channels in BBC including Newsnight and bulletins on BBC One and BBC News Channel. With the grasp of five languages and sharp news sense, Emily Maitlis is one of the talented journalists in BBC.

Emily Maitlis started was a trainee hairdresser after graduating from her study at King Edward VII School. She was involved as a documentary maker in Cambodia and China after graduating from Queen’s College in Cambridge. Then she moved onto the line of journalism working for NBC network based in Honk Kong. She spent six years with NBC Asia as a business reporter creating documentaries. She also worked for Sky News based in the UK as a business correspondent later joining at BBC London News in 2001.

Emily Maitlis is one of the main presenters for the BBC Two program Newsnight along with Evan Davis and Kristy Wark. She also serves as the relief presenter on BBC News Channel including BBC News at Five and BBC News at One. Since 2016, she is a regular presenter of a news discussion program called The World This Week on BBC Two that is aired every Saturdays on the late afternoon.

Being one of the busy presenters in BBC, Emily Maitlis is alleged to be earning more than 150K pounds salary per year making her net worth to rise in a million pounds.

Emily Maitlis was born on September 6, 1970, to British parents Professor Peter Maitlis and Marion Maitlis in Canada. She was raised in Sheffield, UK, where she obtained her education. Emily has a British nationality. She got her education at King Edward VII School and Queen’s College. She is fluent in Spanish, Italian, French, and can speak some Mandarin.

Moving onto her relationship status, forty-six years old journalist, Emily Maitlis is a married woman. She is married to Mark Gwynne, who is an investment manager. The couple is blessed with two adorable children, both sons. She is living a blissful family life. Her professional, as well as personal life, is going smoothly and gracefully. There has been no any rumor or controversy heard or read on her. She has been able to maintain her clean image.

It was reported in 2002 that Emily Maitlis was stalked for six years by her former university friend Edward Vines. Edward Vines admitted that he harassed Emily and was sentenced to four months imprisonment and was again sentenced to three years imprisonment for violating the restraining order in September 2016. Emily asked for security of her children for being continually stalked.

Emily was also stalked by David Decoteau, a 45-year-old convicted rapist during 2007. Her pictures were found on his wall of probation hostel room.