Emily Foxler,Justin Baldoni, and their child - A happy family 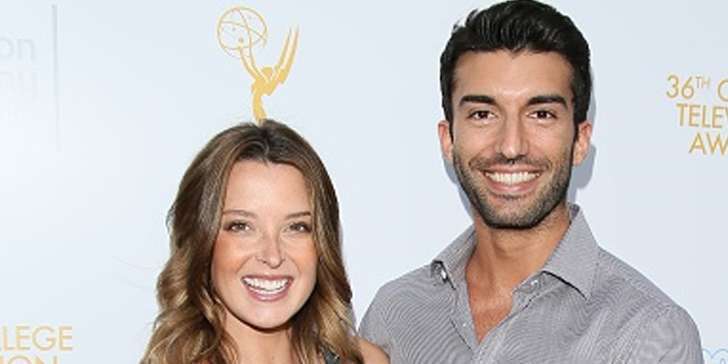 Like many other celebrities, here is the time for just another couple. Justin Baldoni and his wife Emily have welcomed their first child together. The 30-year-old star of Jane The Virgin shared a loving montage on Instagram showing him and Emily, 30, holding their newborn daughter. They named her Maiya Grace Baldoni. She was born on Saturday and weighed in at eight pounds and was 21 inches, according to an article on Tuesday by Us Weekly. 'The birth of our little Maiya was the most beautiful and spiritual experience we have ever had,' the couple exclusively talked about their daughter. 'Having her at home in our bed and being able to sing and pray as she entered this world while holding her in the quiet of our home is something we will cherish forever.

Our hearts are exploding with love...,' they added. They previously also shared a 10 minutes long video announcing the news of the pregnancy and their expected first child on February. Justin has been portraying the character of Rafael Solano on The CW comedy-drama Jane The Virgin opposite Gina Rodriguez as title character Jane. The critically acclaimed show was renewed in January for a second season that will premiere on October 19, 2015. Justin met Emily, who was a Swedish actress.

They both came out as a couple after all the rumors about their affair and they married on 2013, in a private wedding at Corona. They have been happily married ever since. The actors’ net worth is estimated to be $1 million. Justin and Emily are said to be in a happy family state and are seen sharing a lot of such posts lately. And now the addition of their daughter adds to the happiness of these two. They say that they are very much excited to become new parents and cannot wait to see how parenting goes. Well we should wish them all the luck.