Emily Baldoni is a Swedish actress. Baldoni was known by her birth name, Emily Foxler before her marriage. She is famous for her role in the movie Coherence and supporting role as Allison in Snapshots, for which she won Accolade Competition Award for Supporting Actress.

Who Is Emily Baldoni Married To?

Actress Emily is happily married to actor Justin Baldoni. The couple exchanged their wedding vows on 27th July 2013. Justin Baldoni is a famous actor who shared the screen with Emily in the television series Jane the Virgin.

The husband and wife welcomed their first child, a daughter Maiya Grace Baldoni, on 27th June 2015. Then Emily and Justin welcomed their second child, a son Maxwell Roland-Samuel Baldoni on 18th October 2017. 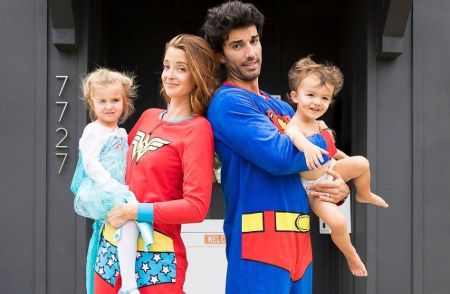 Emily and her husband, Justin live a blissful life with two children. Meanwhile, Emily adopted the surname of her husband, "Baldoni" following their marriage in 2013.

Emily Baldoni is active as an actress for over a decade. From her lucrative acting career, Emily Baldoni has acc u mulated a beautiful net worth of $500 thousand. On the other hand, her husband, Justin Baldoni has more than $1 million in net worth. 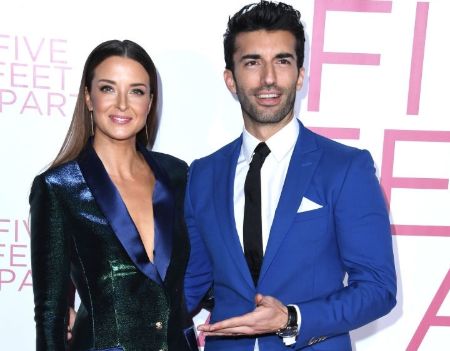 Emily Baldoni and her Husband at the Premiere of Five Feet Apart SOURCE: Getty Image

Emily's worked in some hit television and big-screen projects, from which she is believed to have earned well. 2009's Ghosts of Girlfriends Past collected $102.2 million. Similarly, another movie, Coherence collected $102,617.

Started His Acting Journey From A Short Film

Emily Baldoni started her acting career from the short film, The Elephant's Room in 2005. Two years later, she appeared as Emma Blackstone in an episode in CSI: NY, in which Gary Sinise, Carmine Giovinazzo, and Hill Harper worked as the main cast.

Baldoni debuted in silver screen with Ghosts of Girlfriends Past in 2009. In this movie, she shared the screen with actors Matthew McConaughey and Jennifer Garner. She also appeared as a guest artist in three episodes of Legend of the Seeker.

In 2013, she appeared as Emily in Coherence starring Maury Sterling and Nicholas Brendon. Baldoni won the Award of Merit for Supporting Actress in Accolade Competition for her role in Snapshots in 2018. In 2019, she made her guest appearance in Jane the Virgin, in which her husband worked as the main cast. She also appeared in her husband Justin's directorial debut Five Feet Apart.

Emily Baldoni was born as Emily Fuxler on 3rd August 1984, in Uppsala, Uppsala Country, Sweden. She holds a Swedish nationality and belongs to the Caucasian ethnicity.