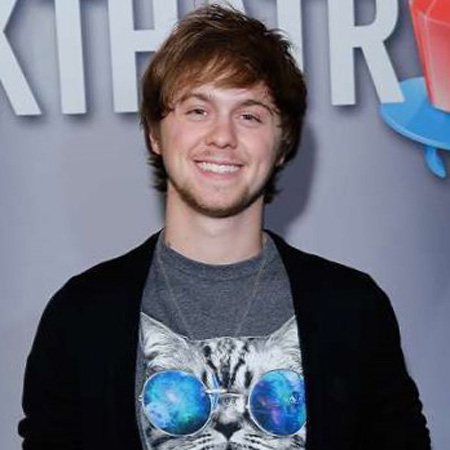 Ellington Ratliff is an American actor and drummer who currently works as a drummer for R5. He is also the member of American pop rock band named R5 along with Ross, Rocky, Riker, Ryland and Rydel Lynch.

Ellington Ratliff was born on April 14, 1993, in Los Angeles, California. He holds an American nationality and belongs to White American ethnicity. His parents were Cheryl Ratliff and George Ratliff. He was just fourteen years old when he first joined the members of the R5.

Ellington is the half-brother of Elden Henson, Garette Ratliff Henson, and Erick Ratliff. He was the childhood friend of his R5 bandmate, Riker Lynch.

The talented drummer was interested in music and acting from his early age. When he was just fourteen years old, he joined the band, R5. In 2001, he made his acting debut in All You Need with a role of Robbie Crenshaw. He appeared in an episode, Mooning and Crooning of Eastwick.

Additionally, Ratliff appeared in Raising Hope in the episode, It’s a Hopeful Life and was also seen in My Uncle Rafael as a photographer. With a role of Huey Miller, he was seen in the two episodes of Red Scare.

In the year 2009, Ratliff met Lynch siblings at a dance studio in California and made his acting debut in All You Need as the character role of Robbie Crenshaw.

Ratliff is pretty uptight in sharing his personal information to the outer world. He is a private loving person and loves to keep his personal life out from medias and public.

Currently, he is dating his bandmate, Rydel Lynch. They look cute together and seems to be in deep love. He is seen happy with her in pictures, that he posts at his social medias. He has more than 554k followers on his Instagram account.