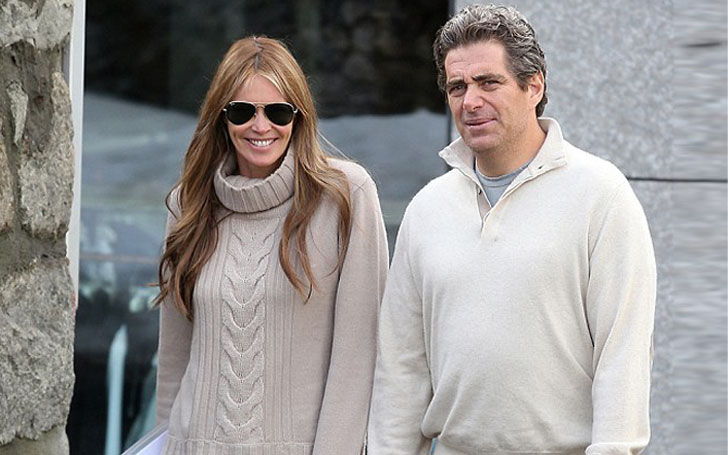 “I was not a good example”, said supermodel Elle Macpherson, 53, talking about how she strived hard to lose weight in just three weeks of delivery of her first son Arphad Flynn to Rose Huntington-Whitely, 30, who is expecting a baby. Both were interviewed for Harper's Bazaar.

Let's talk a look back into this supermodel's love life.

Australian supermodel Elle Macpherson got married to billionaire Jeffrey Soffer in August 2013. The couple dated four years before their marriage. They were engaged for 5 months before marriage.

Elle and Jeffrey do not have children of their own. However, she has two young sons from her previous relationship with French financier Arpad Busson.

And Soffer also has three children with his ex-girlfriend Paltrow.

The billionaire couple is currently co-parenting their five children together and frequently shares adorable moments with them on social media.

Even though their relationship now looks unbreakable, there were some difficult moments before getting married. The couple was actually broken up in 2012.

However, they got back together after Soffer's serious injury by Helicopter crash in the Bahamas, Which killed his friend Lance Valdez and had to undergo surgery for fractured vertebrae.

Supermodel Elle Macpherson has long be known as ' The Body' as a result of her flawless physique. She must have felt a lot of pressure to maintain her physique after giving birth.

Recently, in an interview with Harpers Bazaar, she revealed that she felt compelled to drop any extra weight following the birth of her first child with incredible speed. And she managed to do that in just three weeks.

In a candid conversation with fellow model Rosie Huntington - Whiteley, who is pregnant with her first child

Elle told what she did differently after the birth of her second child, losing the weight slowly and healthily and without pressure. And in the interview, Elle told Rosie to do the same.

I was not a good example because. I did all that for my first child and within three weeks I was back to normal. It was not a healthy way of doing it. I wouldn’t do that again and I certainly didn’t do it for my second baby.

If all models lose post-baby weight in a normal speed, it will help to create body positivity message for regular women as well.

What’s Elle Macpherson up to These Days?

Supermodel Elle Macpherson is currently living with her husband and five children in London. She frequently shares her children's pictures on her social sites. Like this one on her Instagram

Elle is 52, however, she has such a good physique, it's hard to believe that! She recently did a photo shoot for Bazaar Australia in Western Australia.

Elle Macpherson's oldest son Arpad is off studying at Boston University. Last August, she posted throwback Instagram photo of the pair, writing in the caption: 'Flynn 1998.. and today leaving for Boston to get settled into university'. Seems she is a proud mother!

For updates and fresh celebrity gossip, keep coming back to Article Bio.