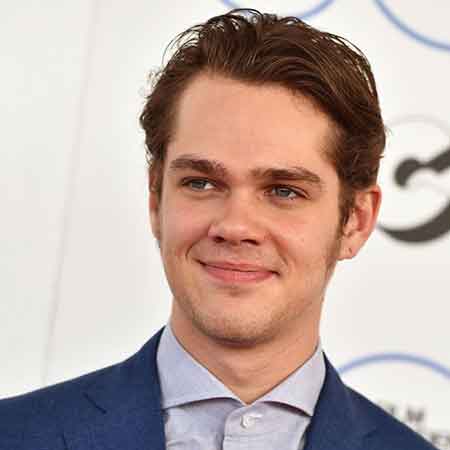 American professional actor, Ellar Coltrane started acting from the early age of 6. He is famously known for his role in the coming-of-age drama film, Boyhood. His performance helped him to earn nominations for several prestigious awards. Moreover, he also worked in numbers of movies, The Last Movie Star, The Man Who Killed Hitler and Then the Bigfoot, Barry among others.

Ellar Coltrane was born Ellar Coltrane Kinney Salmon on 27th August 1994 in Austin, Texas under the birth sign Virgo. Coltrane is the son of Genevieve Kinney, an equine-assisted therapist for the people with autism and Brice Salmon, a musician.

His parents divorced when he was nine and his mother remarried. His half-sister, Evelyn was born when he was 11. Regarding his academics, Coltrane was home-schooled as a child and later obtained his GED (General Equivalency Diploma).

Ellar Coltrane was cast by the filmmaker Richard Linklater at the age of six in the film Boyhood to play the little character. The director wanted to make a movie that would show a boy's coming of age so, the cast members were filmed at an irregular interval from 2002 to 2013. When he was 19, finally the movie was released.

His performance was highly appreciated and also helped him to win the Critics' Choice Movie Award in the category of Best Young Performer. Moreover, he also won Boston Society of Film Critics Award, Capri Film Festival Award, Washington S.C. Area Film Critics Association, and Santa Barbara International Film Festival Awards. Besides, he has also been nominated for other several awards including Screen Actors Guild Award, MTV Movie Awards, and Gotham Awards among others.

Some of his other works include Fast Food Nation, Hallettsville, Barry, The Circle, and Blood Money among others. As of 2018, he is working as Jameson in the coming-of-age romantic comedy film, Summer Night starring Ellar Coltrane, Analeigh Tipton, Justin Chatwin, and Ian Nelson.

Besides, he also co-wrote a book, Boyhood: Twelve Years on Film.

Ellar Coltrane has an estimated net worth of $1 million as of 2018, but, the actual salary is not revealed yet and is still under review. Coltrane works in several movies from where he earns a good amount.

Here is the list of his movies with an impressive box office collection:

Coltrane also earns from his co-authored book, Boyhood: Twelve Years on Film which costs $34.49 on Hardcover.

The talented American actor, Ella Coltrane has a hand full of work. He is hardworking and ambitious which might be the reason for giving first priority to his works rather than involving in any serious relationships. As of 2018, Coltrane is single.

According to some sources, Coltrane had an affair when he was 17 but broke up after a year for some unrevealed reasons. The name of his mysterious girlfriend is not revealed.

Check out the interview with Ellar Coltrane: