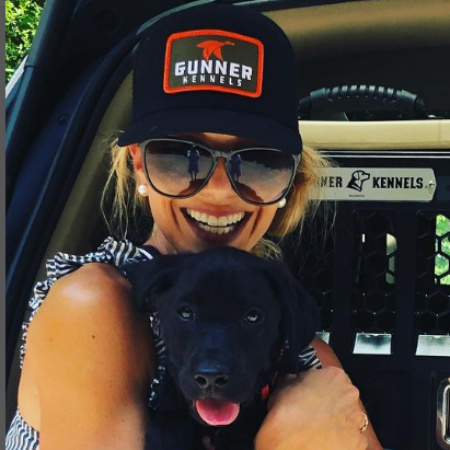 Elisabeth Hasselback is an American television personality and talk show host. She previously hosted Fox and Friends show during her tenure with Fox. She rose to prominence as a contestant on the second season of the American version of the reality competition, Survivor, finishing fourth in the competition. She was awarded the Daytime Emmy Award for Outstanding Talk Show Host during the 36th Daytime Emmy Awards. She became the co-host of Fox & Friends in September 2013. She retired and left Fox & Friends in December 2015, in order to spend more time with her family. She has been married to NFL quarterback, Tim Hasselbeck since 2002. The couple shares three children.

Elisabeth DelPadre Filarski was born on May 28, 1977, in Cranston, Rhode Island to Catholic-school teacher and lawyer Elizabeth DelPadre and architect Kenneth Filarski. She spent most of her childhood days in Rhode Island with her sibling, Kenny Filarski who currently works as a lawyer and aspiring musician.

The talk show host comes of Polish descent from her mother’s side and from Italian ancestry from her father's side. She was raised as a Roman Catholic. Hasselbeck joined St. Mary School based in Cranston.

Later, she went on to attend St. Mary Academy – Bay View-based in East Providence, where she graduated in 1995. She then attended Boston College. While in Boston College, she became the captain of the women's softball team for two seasons and went on to win consecutive Big East championships.

In 1998, the media personality had begun working for Puma. She graduated with a BFA in 1999, with a concentration on large-scale paintings and industrial design. After finishing her graduation, she went on to work for Puma shoes as a member of its design team. Hasselbeck was cast in Survivor: The Australian Outback In 2001. She was also a judge at the Miss Teen USA 2001 pageant.

She went on to host the Style Network’s The Look for Less from 2002 to 2003. The celebrity spouse also replaced Lisa Ling as the fourth co-host on The View in November 2003.

She then became a permanent co-host on The View on 24th November 2003. She left the series a decade later in July 2013. On 16th September 2013, the tv personality went on to replace Gretchen Carlson as the female co-host of Fox & Friends.

Hasselbeck's net worth is around $16 million at present. She earns an annual salary of $3 million from her work. She spent 10 years on "The View" leaving in July 2013 to become the female co-house of "Fox & Friends". The net figure given above could be the total with her husband, Tim Hasselbeck, a former football quarterback. Also, she has 146k followers on her Instagram account, and her estimated earning per post is $437- $728 with an engagement rate of 0.23% as per influencer marketing hub. Hasselbeck has enough money to live a quality life.

The 5 feet 4 inches tall tv host protested the maltreatment of Christians in Iraq and also the elimination of Bibles from hotel rooms in the United States. She has always been in the media limelight.

She is known to be suffering from celiac disease. She along with her co-host in The View; Joy Behar, Whoopi Goldberg, Sherri Shepherd, and Barbara Walters, received a Daytime Emmy Award during the 36th Daytime Emmy Awards for Outstanding Talk Show Host. Much about this influential woman can be found on numerous social media sites.

The 44 years old media personality married her longtime boyfriend, Tim Hasselbeck on July 6, 2002. The couple met while they were in college and began dating soon after. They later began living together and then tied the knot soon after. Her husband is a professional football quarterback. 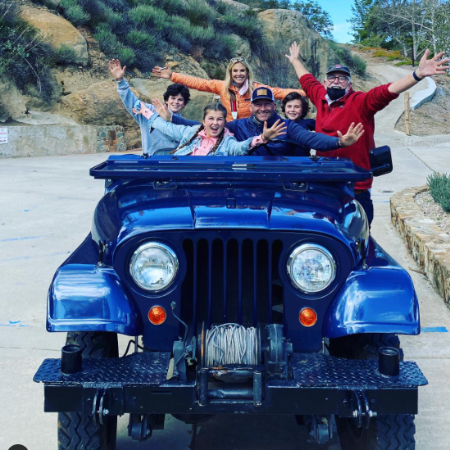 The couple has not had any reported split-ups or divorce to date. As a sign of their growing love, they gave birth to 3 lovely children. Their daughter Grace Elisabeth was born in 2005, and their two sons, Taylor Thomas, and Isaiah Timothy were born in 2007 and 2009 respectively. The couple is living happily with their 3 children. Her children are often spotted with her while attending different events. Further, the celebrity spouse is often seen enjoying with her family during her spare time. She loves to be surrounded by her kids and friends. Her Instagram handle is flooded with her family pictures and fun moments.