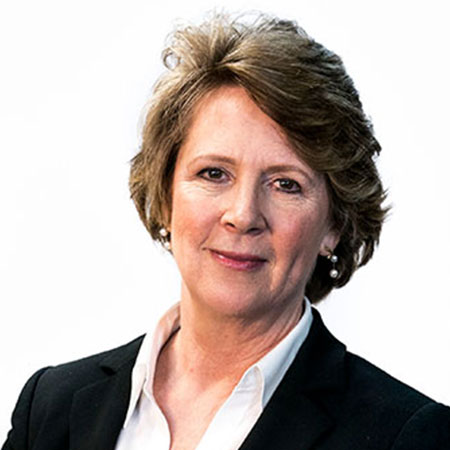 One of the leading journalists in the industry Elisabeth Bumiller set her name in the journalism industry due to her excellent skills and hard work. The Danish-born journalist showed an interest in journalism from an early age. Her political, social and professional views are liked by the majority of readers. She is also an author and has written books commenting on the social situations of various places.

Elisabeth Bumiller was born on May 15, 1956, in Aalborg, Denmark. She is a Taurus which describes her personality as determined and headstrong which can be seen in her professional career. She was born to a Danish mother and an American father. Her family moved to Cincinnati, Ohio, USA when she was just 3 years old.

She belongs to White-Caucasian ethnicity and is an American by nationality.

Bumiller’s career began when she started working at the Miami Herald. She then got a job as a party reporter for The Washington Post's "Style" section.

The reporter moved to India in 1985 but continued to write for the post. She published her first book titled May You Be the Mother of a Hundred Sons (1991) when she was in India. The book was a commentary on the social status of women in India.

In 1989, she became the Tokyo bureau chief for the Times. There she wrote a book called The Secrets of Mariko which she published in 1996. After this, she moved to New York in 1992 after which she started covering the political news of the USA.

Besides, she also makes appearances on TV and does some news pieces on various channels.

The video below is a piece of news by Elisabeth for WoodrowWilsonCenter on climate change and overlooked stories of Climate Change in the world.

Notably, in 2001, she became the White House correspondent for the Times and served until 2006. She was hugely criticized after she failed to question then-president George W. Bush regarding the reasons for the Iraq war.

In June 2006, she took a one year leave from the Times to write the biography of U.S. Secretary of State Condoleezza Rice.

In 2008, she reported the presidential campaign of Senator John McCain, he clashed multiple times with Bullimer and other writers. Then, the executive editor of The New York Times, Dean Baquet announced that Bullimer would become its Washington bureau chief. She is also known for covering political figures including the current POTUS Donald Trump.

Read More: How Much Is The Net Worth Of Former Secretary Of State Condoleezza Rice's Net Worth? Details Here!!

Bumiller’s career spans more than 2 decades and from her stellar career, she amassed a lucrative net worth that is estimated to be around $19 million. The journalist is one of the most respected and dignified people in the industry. She prefers to keep her incomes and salary secret from the media.

Bumiller is a married woman with 2 kids-she is married to Steven R. Weisman. The pair met in fall 1979. After dating for some time, they got married in 1983.

Their adorable couple gave birth to two children together. Their eldest child, a daughter was born in Japan and their second child, a son was born in New York, USA.

The journalist hasn't shared any more details of her personal love life apart from this. She remains secretive about any former love affairs and boyfriends. She is happy with her husband and there are no rumors about any cracks in their marriage.