Einstein's Theory Of Happiness Sells For $1.56 Million At Auction 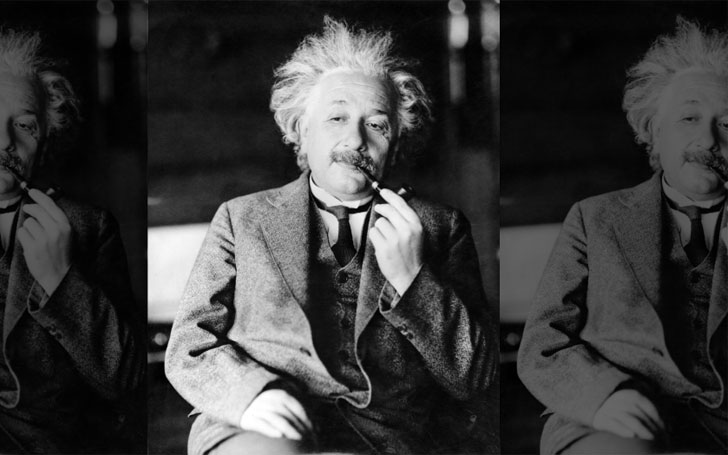 The Nobel Prize-winning scientist Albert Einstein's theory of happiness might not be as famous as the theory of relativity, but still, it fetched $1.5 million at a Jerusalem auction on Tuesday.

A note that Einstein gave to courier in Tokyo; which briefly described his theory on 'happy living' was sold at the auction, the auction house has said. According to the Winner's auction house website, the winning bid far exceeded the pre-auction estimated price of between $5,000, and $8,000. 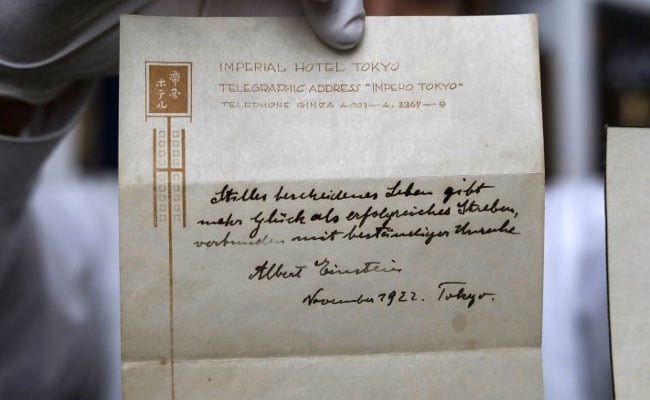 Einstein's note on happy living sold for $1.56 million at an auction in Jerusalem

As per Mail Online, Einstein wrote the note in 1922 when the German physicist was on a lecture tour in Japan. During that time, he had recently been informed that he was going to receive the Nobel Prize.

Gal Weiner, the CEO of the auction house reported, Einstein told the bellboy, the handwritten note ''will probably be worth more than a regular trip.''

Weiner also added, the bidding began at $2,000 and quickly escalated, with the bidding war lasting around 25 minutes. On the other hand, another note that he gave the bellboy, which read, ''Where there is a will there's a way'', was sold for over $200,000 in the auction.