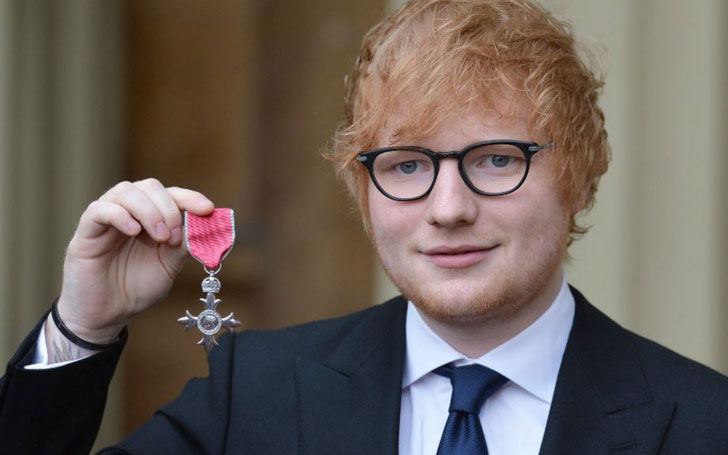 The Buckingham Palace honored the Shape of You singer Ed Sheeran on Thursday, 7 December for his services to music and charity.

The Royal Prince Charles awarded him with the Member of the Order of the British Empire (MBE). Sheeran might have been on his best behavior when he visited the Buckingham Palace on Thursday, but he still broke the Royal rules.

While receiving the honor, the  Perfect singer touched Prince Charles' arm which as in the Royal etiquette was the informal touch. Royal etiquette describes touching shouldn't go beyond a formal handshake.

Sheeran seemed quite delighted to receive the medal which he showcased with a smile and said, 'My grandfather... he died on this day four years ago, so it's actually quite a nice full circle thing, I guess he'd be pretty proud.' 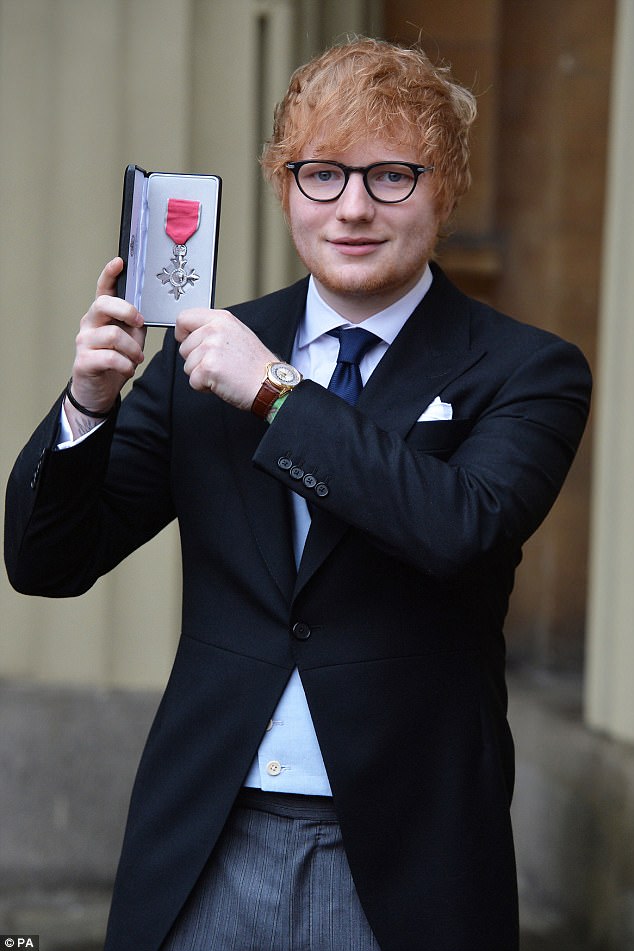 Ed Sheeran showing his medal, which he received at the Buckingham Palace on Thursday

Six years later entering the music industry, the double Grammy-winning singer was able to make the day possible. Speaking to the press, Sheeran described what made him the award-worthy. He said,

I think it's persistence. I don't have a vast amount of talent compared to other people. I think talent is like 30% of it and persistence, drive and self-belief are the other ones, which I guess are all the same thing.

Ed Sheeran has grabbed a huge success in the music industry in his short career and pretty young age of 26. By far, he has won Song of the Year, Best Pop Solo Performance at Grammys, three Brit Awards, BBC Music Awards, AMAs and two Grammys.