Ed Sheeran in the top 50 of Sunday Times Music Millionaires 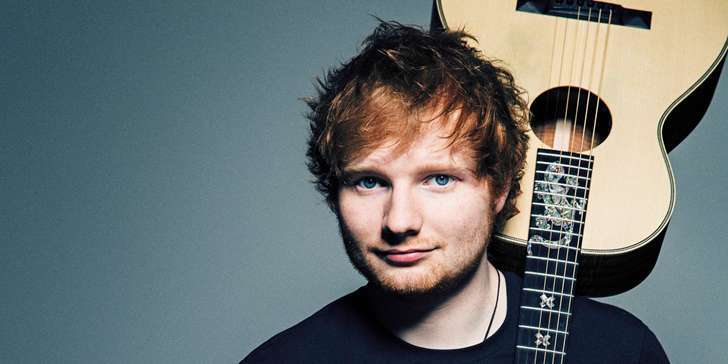 Sheeran is taking over the world with his heart warming music and has garnered so much in his little time of career. Sheeran, who grew up in Framlingham, has entered this year’s Sunday Times Rich List Music Millionaires top 50 for the first time. Yes! According to the latest news the singer is now a music millionaire with his mass fan base and loved songs. Sheeran, who comes in at number 49, is worth £45million – the same amount as Peter Gabriel, Mick Hucknall and Bernie Taupin.

He has made his place with some of the greatest musicians. The Thinking Out Loud hitmaker saw his riches increase by £25m in 2015. He is the only new entry this year. The wealth increase puts the singer-songwriter, 24, second in the newspaper’s top 10 richest young musicians in Britain and Ireland, behind Adele, who is worth £85m and ahead of every member of boyband One Direction. Adele added £35m to her personal net worth this past year and is now worth £85m. The four members of One Direction – Niall Horan, Liam Payne, Harry Styles, and Louis Tomlinson each added £8m to their personal money banks in a year and are individually each worth £33m. Chart topper Sheeran’s ranking in both lists adds to a phenomenal year which saw the end of a global tour including more than 150 shows to promote his second studio album X.

The release of the film Jumpers for Goalposts which focused on his three solo dates at Wembley Stadium in July 2015 and he was also awarded an honorary degree from University Campus Suffolk for his “outstanding contribution to music”. The award was worth for the musician. The list, which is released ahead of the 28th annual Sunday Times Rich List this weekend, is headed by Sir Paul McCartney, who with his wife Nancy Shevell, shares a joint net worth of £760m.