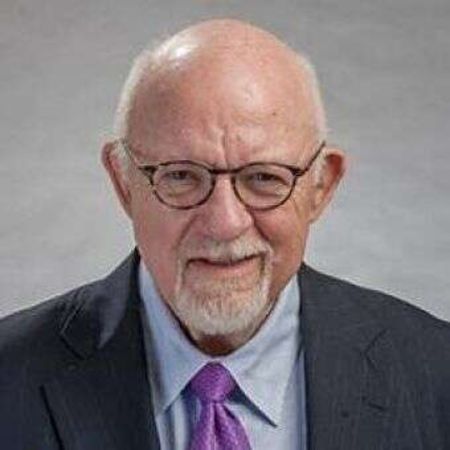 Ed Rollins is an American political consultant and advisor. He has provided political counsel and served in the administration for four United States Presidents, including President Donald Trump, and since 2011, has worked as a contributor on FOX News.

How Old is Ed Rollins Born? Where was He Educated?

Ed Rollins was born Edward J. Rollins on March 19, 1943, in Boston, Massachusetts. Rollins spent part of his childhood in the Aleutian Islands when his father -- a U.S. Army veteran -- was stationed there. The family returned to the US and settled in Vallejo, California, where he attended St. Vincent Ferrer Grammar and High School.

Rollins was also an amateur boxer from age 13 to 23, but his back problems ended his career prematurely.

Rollins' career started in the mid-'60s, during which he was the campus coordinator and later, the primary North Carolina campaign coordinator for Senator Robert F. Kennedy.

He was in the Chief of Staff of Republican Assemblyman Ray E. Johnson during the 1972 campaign to re-elect President Richard Nixon.

Rollins moved to Washington, D.C. in 1973 and worked as the Deputy Assistant Secretary for Congressional Affairs and the deputy superintendent at the National Fire Academy.

Rollins was hired as the Deputy Assistant to the President for Political Affairs and the White House Office of Intergovernmental Affairs during the Reagan administration in 1980. He suffered two strokes during this time but made a subsequent recovery and returned to the White House in December 1982.

Rollins joined Ronald Reagan's during his re-election campaign in 1984 as the National Campaign Director, leading to a landslide victory in 49 out of 50 states. Besides the Reagan administration, Rollins has managed 9 other Presidential campaigns and hundreds of state, congressional and local political campaigns.

He has also been a political counselor for U.S. senators, cabinet officers, members of Congress, governors, state legislators, and city officials. 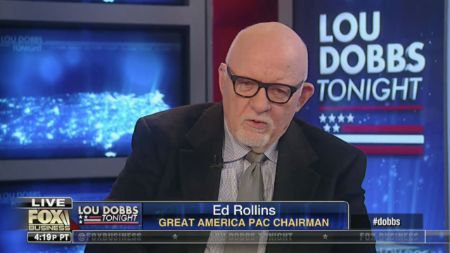 Rollins became a FOX News contributor in 2011 and has frequently appeared on the political discussion show, Lou Dobbs Tonight, on the FOX Business Network.

He released his memoir, Bare Knuckles and Back Rooms: My Life in American Politics, in 1996 -- which was the most successful political memoir released that year.

Since 2016, Rollins has served as the chairman of the Great America PAC -- which supports President Donald Trump.

Rollins has been the recipient of numerous awards and distinctions for his four-decade-plus contributions to politics, including the Ellis Island Medal of Honor in 2010 and John Ashbrook award in 2016. He was inducted into the Political Consultants Hall of Fame in 2011.

Is Ed Rollins Married? Does He Have Children?

As of this writing, Ed Rollins is thrice married. He has been married to his third wife, former CBS television executive, Shari Scharfer-Rollins, since 2003. 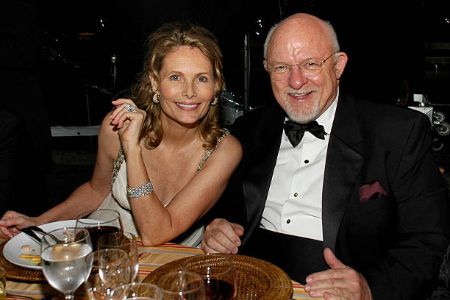 He has no children of his own but has an adopted daughter with his second wife Sheri Rollins, named Lily Rollins.