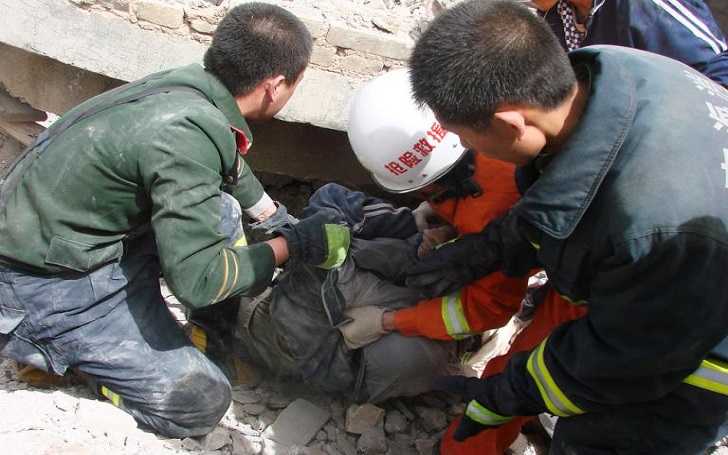 A 6.5 magnitude quake has killed at least 13 people while injuring 175 in mountainous southwestern China on Tuesday night, authorities informed media on Wednesday. The quake reportedly knocked out phone and power networks resulting in difficulty to locate and rescue the survivors.

State Broadcaster China Central Television ran footage showing orange-suited rescuers using detectors to search for survivors in the dark nightfall, they were seen carrying a girl to safety while also leading many to safety along the devasted road.

President Xi Jinping has called for immediate efforts to tackle the disaster and its aftermath. The quake-prone region bordered by Gansu and Sichuan provinces shook to a fall around 9:20 pm Tuesday. The area on the edge of the Tibetan Plateau is a home to many Tibetan and ethnic minority villages.

Twenty-eight among the 175 injured are reportedly in a serious condition, Sichuan government reported on Wednesday morning. Five among the 13 dead were tourists as per Xinhua News Agency.

Hong Kong's immigration department has reported one of its residents missing in the quake, whereas, a Canadian woman reportedly suffered a slight head injury. Xinhua reported that a French man needed surgery to take out stone fragments from both his wounded legs. The 18-year-old Frenchman, Maxence Vallon, was staying with his brother and mother in Jiuzhaigou at a hotel.

The victim's brother, Romain Vallon, who is a student in Beijing recalled the moment his brother was injured, he said they were outside seeking a shelter:

"When a big stone fell and hit my brother right in the leg.''

In an almost tragically poetic scenario, a performer in an arts group was buried in the quake. The performing arts student whose dead body was later recovered was performing with other students in Jiuzhaigou, they were reportedly acting out a scene about a 2008 deadly earthquake that had killed almost 90,000 people when the quake hit.  The audience apparently thought the tremor and performers running off the stage was just a part of the show.

When the quake hit, the performers ran off the stage in terror and the audience thought the tremor was part of the show.

The earthquake struck Southwestern China with an epicenter 39 kilometers ( 24 miles) away from Jiuzhaigou, a province with 80,000 population and 177 miles or 285 kilometers away from Sichuan. The Guardian reports around 100 are feared dead in the earthquake, rescues are still underway.

Xinhua reported over 30,000 tourists visiting Jiuzhaigou have been relocated to safer locations via private vehicles and tourist buses.

Less than a day after the earthquake, on Wednesday morning, northwestern China faced another strong earthquake, 2.200 kilometers or 1,360 miles away from Jiuzhaigou. Xinhua reported that three villagers were injured and their home collapsed. The latest quake was measured at 6.5 magnitude by China's agency and 6.3 by USGS.