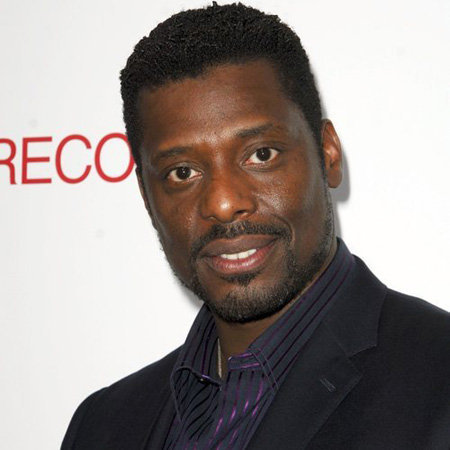 Eamonn Walker is an English actor who has acted in movies, TV shows as well as theatres. He is best known for his portrayal of Kareem Said in the HBO TV series OZ for which he won a CableACE Award.

Eamonn Walker was born in Islington, London on the 12th of June, 1962. His father is from Grenada and his mother is from Trinidad. He is the son of a Spanish father and a Trinidadian mother, who happened to meet and marry in London, England.

When he was six months old, he was taken back to Trinidad where he lived with his mother till he was 9 years of age.

Upon returning to Islington, he went on to study at the Hungerford School but never really wanted to go to school as he was bullied by the white ones. After his mother a s sured him to exercise regularly so that he would become stronger, he started to go to school and successfully completed his graduation.

Similarly, he went on to study at the University of North London, where he majored in Social Work. A student of art, Eamonn learned to dance from an early age, and said that his mother was his teacher. But a serious injury of his calf muscle prevented him to dance no more, thereby exploring his options to acting.

He joined the Explosive Dance Theatre Company in London and later went to the United States of America where he attended the New York Film Academy. Born and raised as a British by nationality, he belongs to black ethnicity and follows Christianity as his religion.

Eamonn Walker started his acting career in 1983, after being cast as an East End punk rocker in the musical play Labelled with Love. Then in 1985, he appeared in the TV shows Dempsey and Makepeace’s second episode and in the same year also appeared in Dramarama, a children’s show.

His appearance as a black gay man in BBC’s In Sickness and in Health was followed by his appearance in Tales of the Unexpected (1988). Having appeared in plenty of TV shows and dramas, he got his first major role in a movie in 1991 where he played the role of Carlton in Young Soul Rebels, which was based on cultural revolutions in Britain during the 70s.

After appearing as a detective in BBC’s TV show Bergerac, he was also seen in Love Hurts and The Old Boy Network, both in 1992. A year later, he appeared in comical series Birds of a Feather and One Foot in the Grave, followed by his appearance in the second movie named Shopping. With his popularity rising much by now, he appeared in BBC’s sitcoms The Detectives and Goodnight Sweetheart.

Eamonn Walker's net worth is $2 million at present. He has earned a decent amount of salary from his career as an actor.

He has appeared in many movies and tv shows in his career. He appeared in the films such as The Company Men, A Lonely Place to Die, Legacy, Blood and Bone, The Messenger, Cadillac Records, Duma, and Lord of War.

His television works include George Gently, Copper, Strike Back, Chicago Fire, Lights Out, The Whole Truth, Kings, and Mose Jones.

Eamonn Walker is to novelist Sandra Walker. The couple has three children, two of them are twins. He lives with his wife and children.

He originally intended to have a career in social work and attended the University of London to focus on the subject. However, his secondary focus, dance, eventually pulled him away from his social work degree. He danced with Explosive Dance Theater Company in England, before an injury ended his dance career.