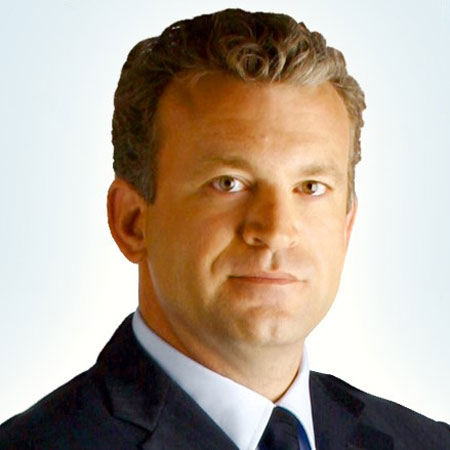 Dylan Ratigan is a successful American businessman. Besides that, he is also an author, film producer and former host of MSNBC’s The Dylan Ratigan Show and political commentator for The Young Turks too. He became known for a 2012 best-selling book entitled Greedy Bastards. Moreover, he won a Gerald Loeb Award for his reporting work during the Enron scandal.

Born on April 19, 1972, in Saranac Lake, New York, Dylan Ratigan is the son of John Ratigan and Adrienne, a psychotherapist. His grandfather, Frank Ratigan, was mayor of Saranac Lake from 1957 to 61.

As far as Dylan’s ethnicity is concerned, he is of a mixed ethnical background and he belongs to American nationality. His father was an Irish where as his maternal grandfather Hungarian Jewish and his maternal grandmother was an Italian descent. He was brought by his single mother in his hometown Saranac Lake.

Ratigan received a Bachelor of Arts degree in political economy from Union College in Schenectady. At this time, he was also a part of the crew team.

Upon his graduation, Ratigan began his journalism career with Corporate Finance at Bloomberg News as the Global Managing Editor. After that, he featured as a guest host on The Young Turks, the daily internet news and opinion show on May 27, 2010.

Moreover, Dylan also appeared as a guest on The Rachel Maddow Show on MSNBC and discussing the premise of his book, Greedy Bastards. He got into Hydroponic Farming, after the end of his famous show, The Dylan Ratigan Show.

Dylan appeared on The Daily Show along with Karen Finerman on May 21, 2013, and talked his association with a high tech hydroponic plug-and-play. Currently, Ratigan is working with The young Turks as a news commenter. Likewise, he attends various television shows to discuss regarding financial crisis and solutions.

The American author, film producer, and former television host Dylan Ratigan is a married man. He announced on his social networking sites on December 31, 2016, that he’s married. However, he didn’t reveal anything regarding the said wife.

There is rumored that Dylan was dating musician Aprille Goodman but he has never spoken regarding their love affairs to the Media. Even though there was also rumor the he was engaged for two times, further details on that news are still far from the media.

As a businessman, Dylan is busy to talk about his personal life.

Dylan Ratigan is an active person in the field of economics and political analysis. Besides, he is also a successful author. He has earned a tremendous amount of money from his creative career. Dylan present net worth is $10 million in 2017. He stands at the height of 6 feet 3 inch.